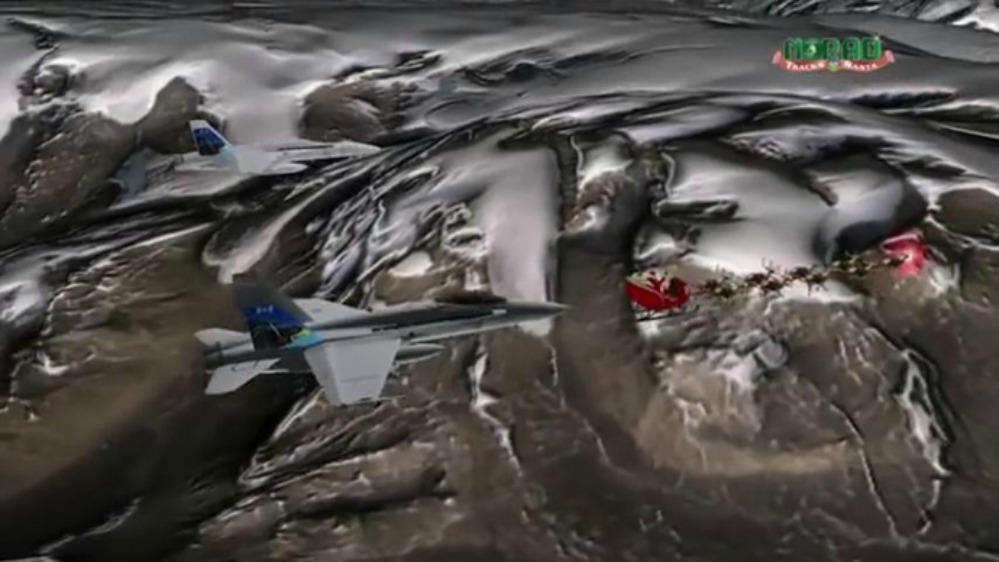 BREAKING NEWS – Washington, D.C. – A North American Aerospace Defense Command (NORAD) website showing Santa Claus delivering presents while flanked by fighter jets, has some child advocates raising concerns about Saint Nick’s new travel companions. NORAD Tracks Santa, operated by the joint U.S.-Canada command, has provided children with information about Santa’s whereabouts since 1955. Navy Captain Jeff Davis explained that the world is a dangerous place, and to insure the safety of Santa Claus and his reindeer on Christmas Eve, a military escort is a necessity. Davis went on to say that some of the most dangerous places on earth for St. Nick to deliver gifts include Russia, the Middle East, and certain neighborhoods in Chicago.