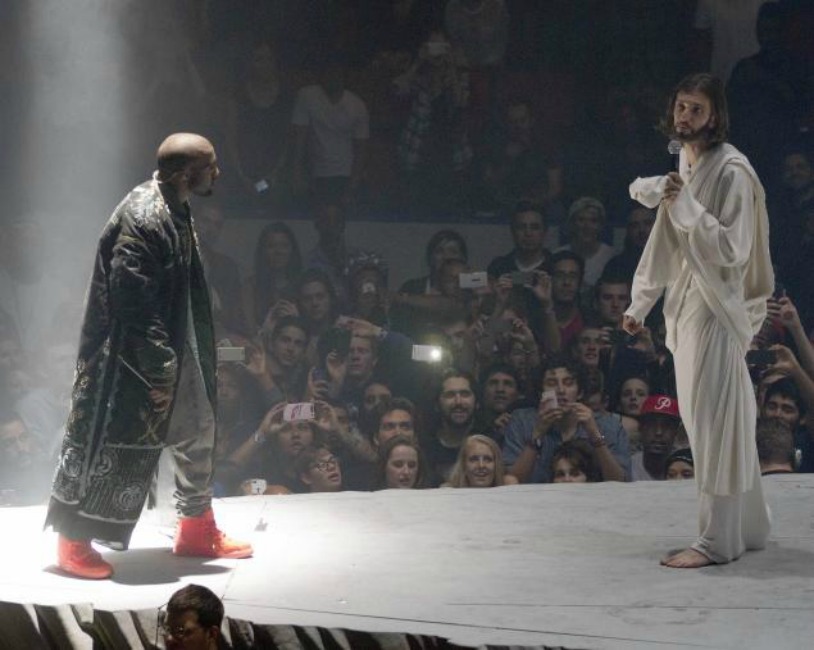 BREAKING NEWS – New York City, New York – Many people in the audience of a recent concert at Barclays Center booed Kanye West, after he challenged an actor that was playing Jesus to a contest on who is the most creative, in which Kanye easily won. Unaffected by the negative reaction, he said in his next concert, he’s going to have his wife Kim Kardashian come on stage and challenge Mary Jesus’ mother on who is the best dressed and most photogenic.