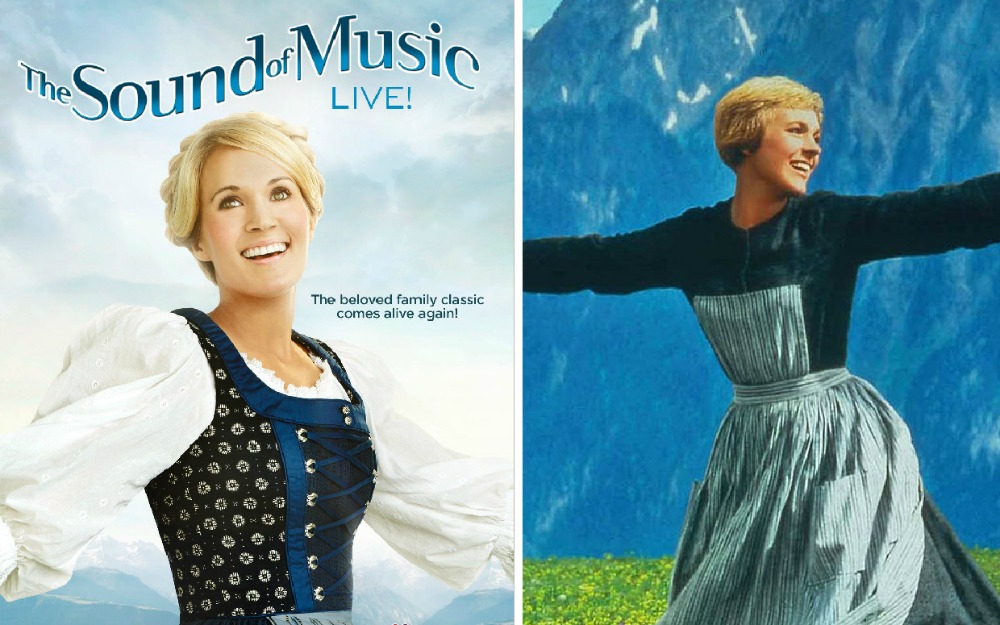 BREAKING NEWS – Los Angeles, California – Kerry Underwood fires back at the critics that called her singing exceptional at her live theatrical performance of the “Sound Of Music”, but her acting, awful. She later acknowledged that she wasn’t even born when the original version came out, and the only reason why she accepted the role was because her agent told her that the 1965 version bombed at the box office, the critics hated it, and this is her opportunity to “do it right”.