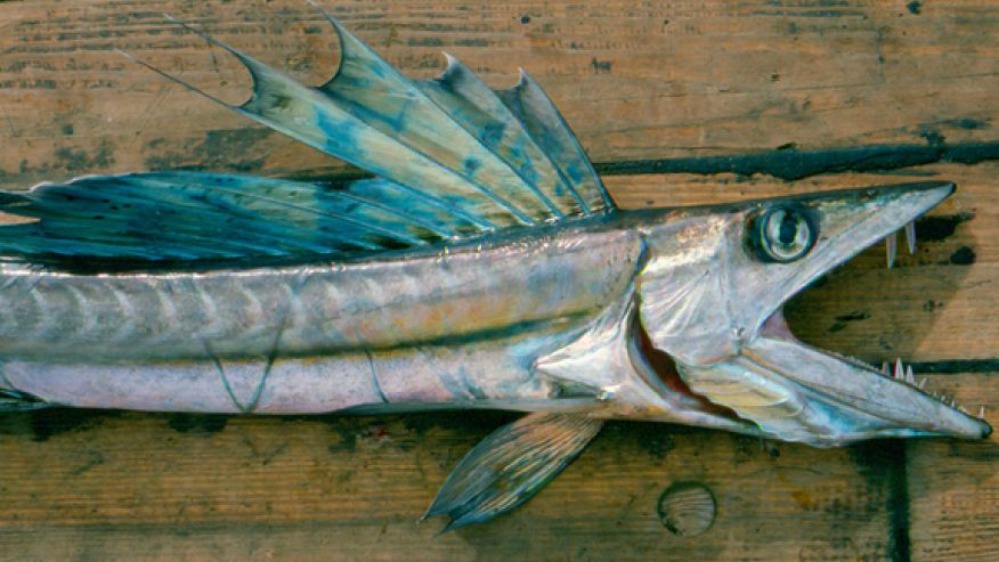 BREAKING NEWS – Nags Head, North Carolina – A long-snouted lancetfish (Alepisaurus ferox), which is rarely seen, recently washed ashore alive on the east coast. The evil looking fanged fish has a jagged dorsal fin which runs almost the entire length of their back, and they have no scales because their skin is covered with pores. Scientists beleive that the elusive fish is likely psychologically damaged and avoids all other species of fish, “because it probably gets teased a lot due to the fact that it’s so freakin’ ugly.”