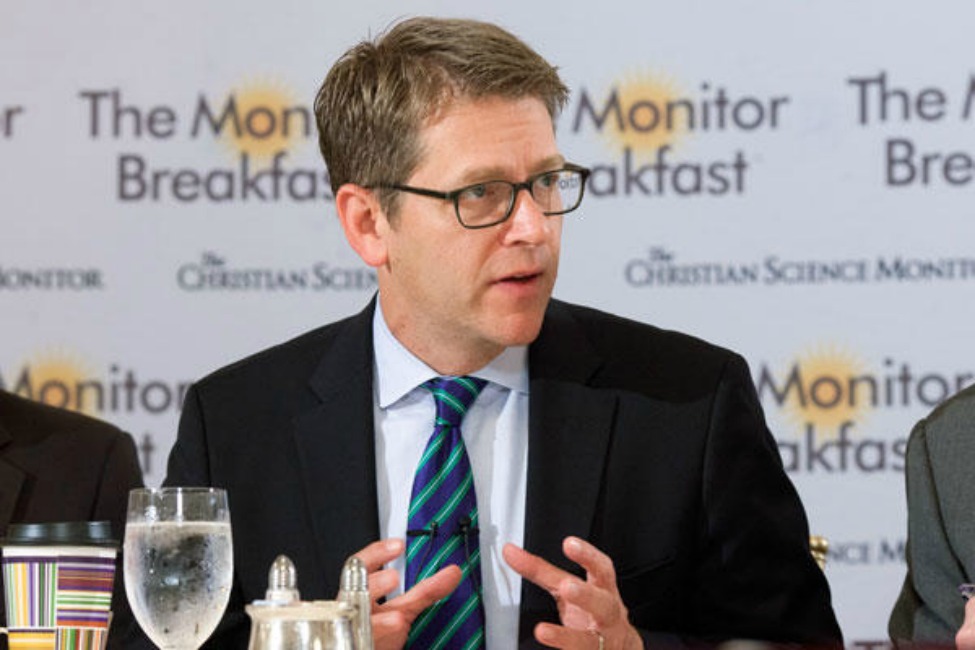 BREAKING NEWS – Washington, D.C. – Outgoing White House spokesman Jay Carney is listed in stable condition after being rushed to the hospital from a breakfast hosted by the Christian Science Monitor. The former press secretary was seriously injured after asked by The Daily Caller if he ever lied to the media. As soon as he responded “The answer is no”, he was promptly electrocuted after being struck by lightning.