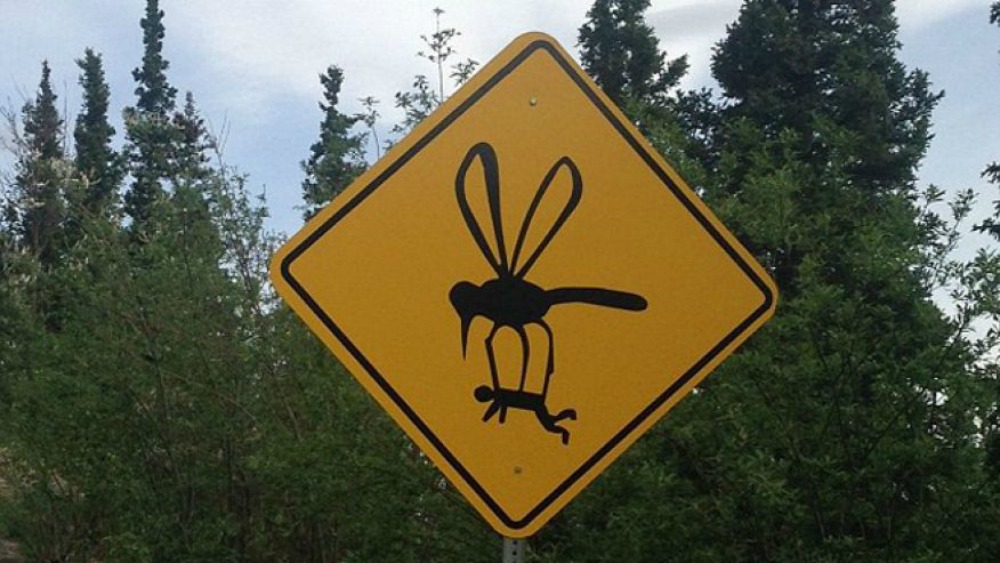 BREAKING NEWS – George Parks Hwy, Alaska – The state of Alaska acknowledges its ongoing problems of tourists not heeding the warning signs and getting abducted by giant mosquitoes in Denali National Park. Governor Sean Parnell announced that it is getting increasingly expensive for his state to pay the medical costs of the unfortunate victims that were drained of most of their blood by the enormous insect, plus the ongoing therapy of the people that additionally are having reoccurring nightmares because of their fear of heights.