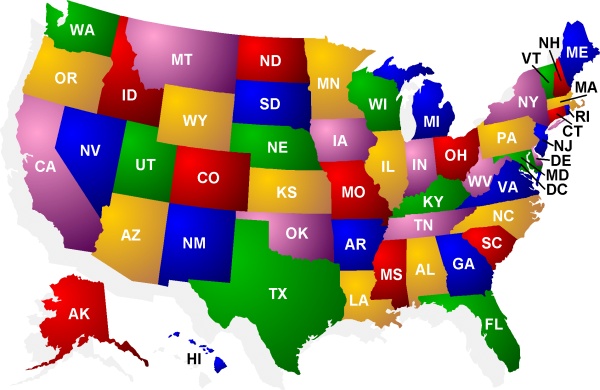 New York – $8,725,000 to fund research that could determine the best way to prevent unscrupulous politicians, from corrupting organized crime.

New Hampshire – $740,000 to determine, if their state motto which is “Live Free or Die”, is the motivation of people becoming suicidal if their welfare applications are rejected.

Connecticut – $2,450,000 to send out newsletters all over the east coast, reminding them that theirs is the only New England state that’s not owned by the Kennedys.

Nebraska – $814,000 to determine why so many visitors that come there, leave feeling much better about their own state.

Delaware – $3,225,000 for tv and newspaper ads, informing potential tourists that former Senator Joe Biden’s lack of intellect, is not consistent with the “normal” people of Delaware.

Oregon – $5,100,00 for brochures to tell tourists, that since Oregon passed a law making public nudity legal, it’s a good state to be from… far from.

Minnesota – $4,550,000 for extensive scientific research to determine, that considering their winter temperature, why they don’t have large populations of penguins and polar bears.

Georgia – $195,000 to see if it can be determined, that when Ray Charles sang the song about “Georgia”, was it really on his mind.

New Mexico – $1,075,000 for several televised debates, to determine if they should pick out a new state flower, or let it remain as the tumbleweed.

Indiana – $590,000 to investigate if Notre Dame has a history of discriminating against people that have hunchbacks.