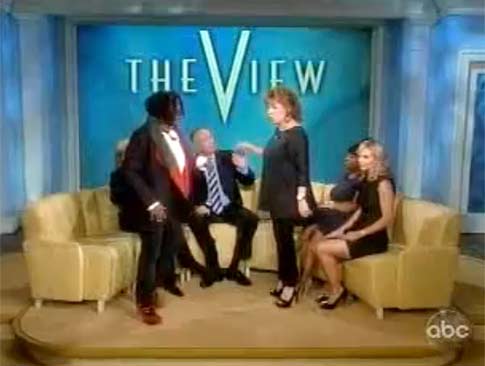 BREAKING NEWS – New York City, New York – Whoopi Goldberg and Joy Behar walk off their own show after a fiery exchange with Bill O’Reilly from Fox News. Both co-hosts returned, after their producer made a highly unlikely promise that he could fulfill, which was, he would find a man for both women that is willing to go out with them more than once.