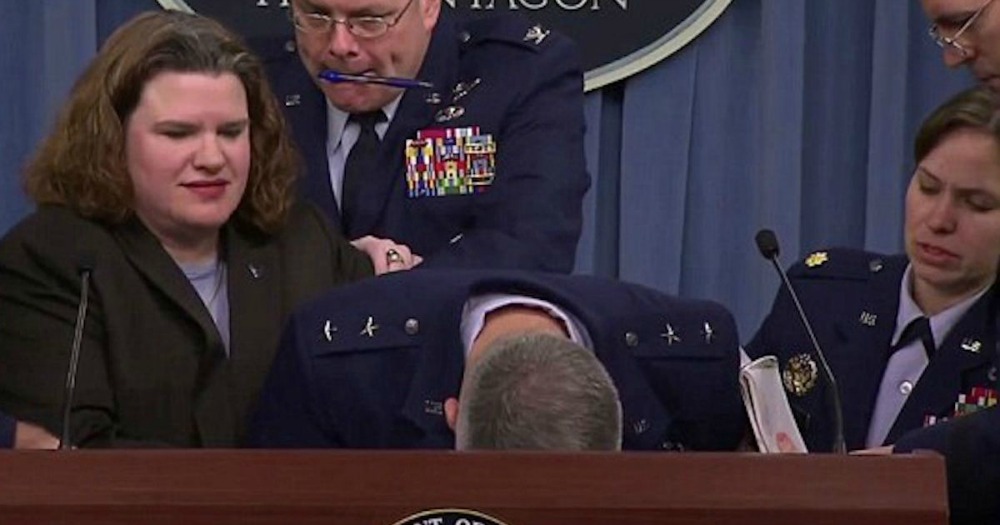 BREAKING NEWS – Washington, D.C. – Major General James Martin, deputy assistant secretary for budget under the US Air Force’s Financial Management and Comptroller officer, collapsed at the Pentagon. The officer appeared to lose consciousness for several seconds, falling onto Air Force Deputy for Budget Carolyn Gleason who tried to hold his head up. Several other members of the Air Force then rushed in to help him, encouraging him to drink water and take a seat before later escorting him off the stage. Later in the day from a hospital bed, Martin explained that he always gets dizzy when his career is threatened and he’s coerced into overstating the effectiveness of President Obama’s bombing campaign of ISIS.