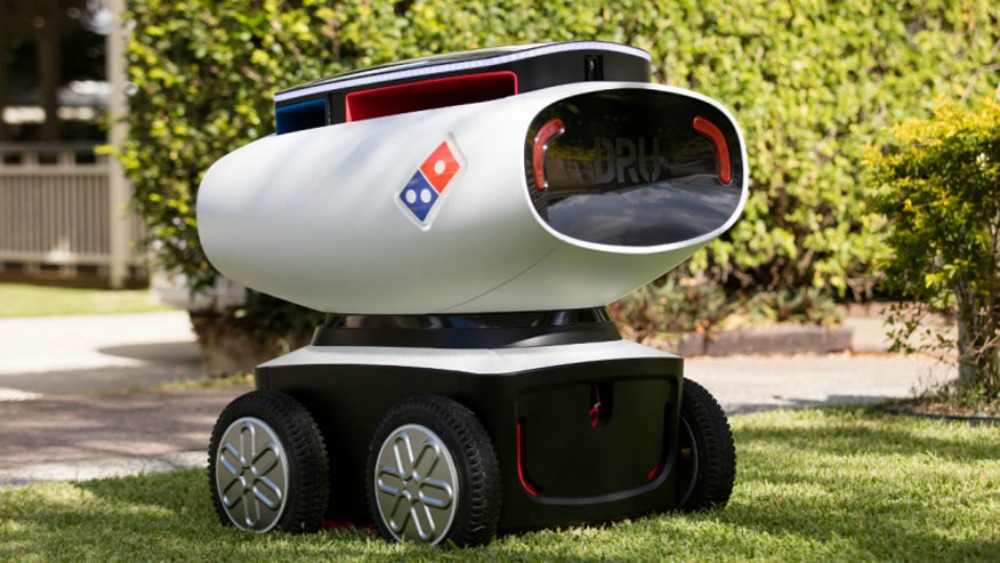 BREAKING NEWS – Ann Arbor, Michigan – Domino’s has demonstrated the world’s first autonomous pizza delivery drone. The bug-eyed vehicle was developed in partnership between Domino’s Australia and military robotics startup Marathon. The Domino’s Robotic Unit, or DRU, features pop-up storage compartments for hot foods and cold drinks. After the vehicle is loaded up and destination set, the obstacle avoidance technology keeps it from running into anything along the way. The president of Domino’s Russell Weiner stated. “So far the vehicle has worked perfectly. The only thing we have to do now is add security, because during tests, half of them were carjacked and the pizzas stolen by a brand new gang comprised of men tipping the scale of at least 400 pounds, called the “Butterball Boys”.