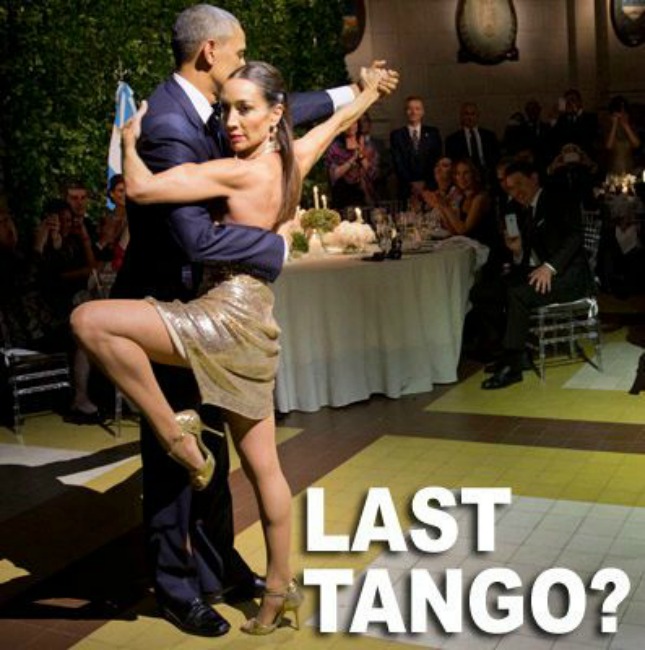 BREAKING NEWS – Buenos Aires, Argentina – First, he caught heat for doing the wave alongside Cuba’s dictator — while the rest of the world was watching images of ISIS carnage in Brussels. Now, new images of President Obama doing the tango – albeit a bit awkwardly – in Buenos Aires are further fueling an “optics” problem as he defends the decision to go on with the diplomatic program in Latin America despite this week’s horrific events in Belgium. “Considering what has recently transpired, I maintain that music is great for stress management. Had JFK went to Havana in 1962 to learn the tango, the Cuban Missile Crisis would’ve undoubtedly been averted. But more importantly, my actions has a historic precedent, because I have no doubt in 64 A.D. Nero was also unfairly criticized when he was playing some easy listening music on the fiddle as Rome burned.”