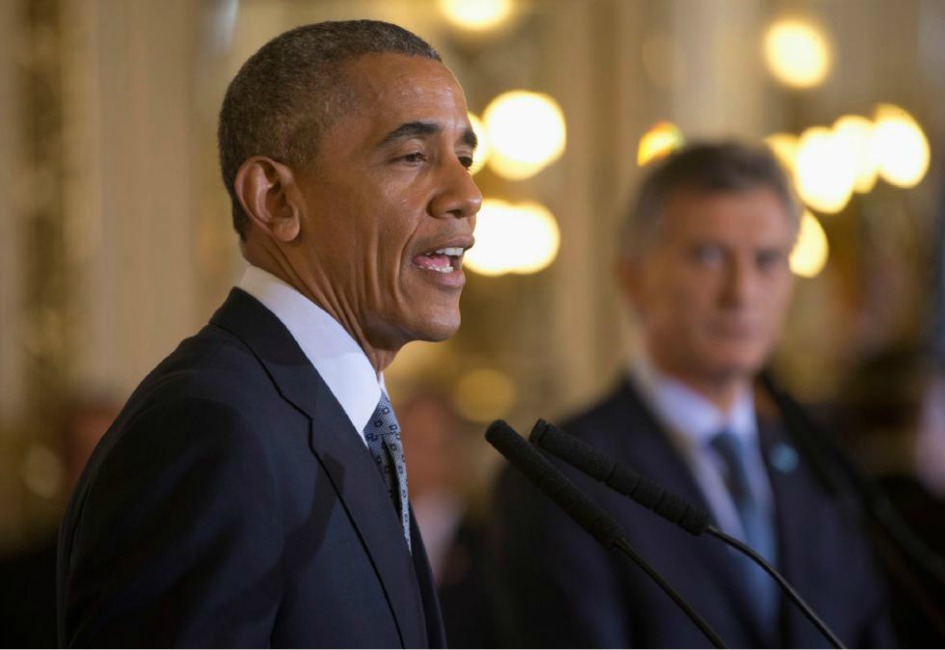 BREAKING NEWS – Buenos Aires, Argentina – President Obama has a new way to defeat the Islamic State. “It is very important for us to not respond with fear. As I said, that’s hard to do because we see the impact in such an intimate way with the attacks that they make,” Obama said at a press conference in Argentina. “But we defeat them in part by saying you are not strong, you are weak!” He later explained that his latest attack plan is to use psychological warfare against ISIS, and is a tactical move specifically designed to hurt their feelings.