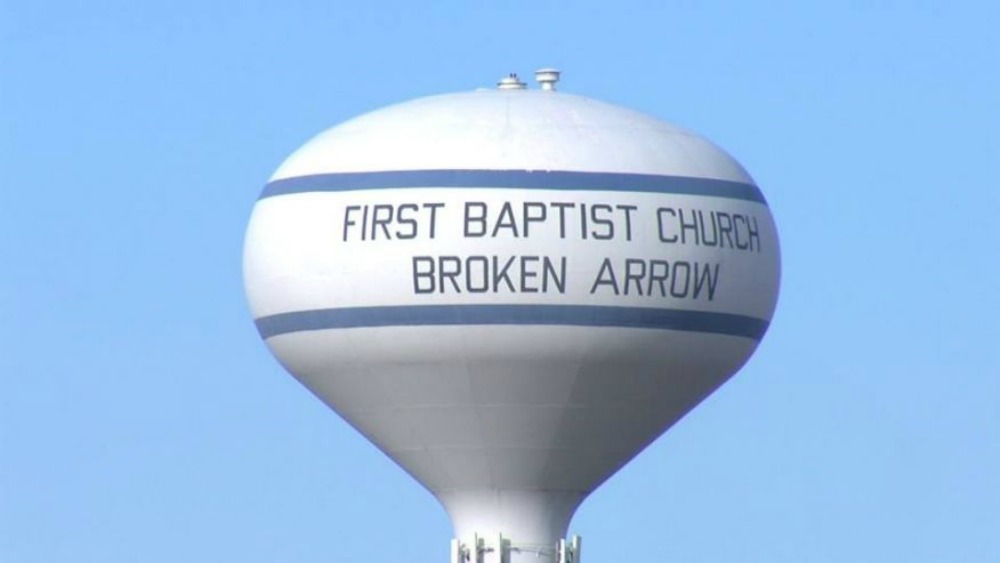 BREAKING NEWS – Broken Arrow, Oklahoma – The city council in Broken Arrow was in the middle of a growth spurt and needed high ground to build a one-million gallon water tower. But the property they needed was owned by the First Baptist Church. So they made a deal with Pastor Nick Garland and the congregation. “We donated the land and the easements for the tower,” explained Pastor Garland. “In kind, they said they would paint our name on the water tower.” Feeling left out, members of the local Church of Satan has announced that they plan on building a comparable tower on their property that the city can also use. And to reflect their eventual and ultimate destination, they promised the water will always be boiling hot.