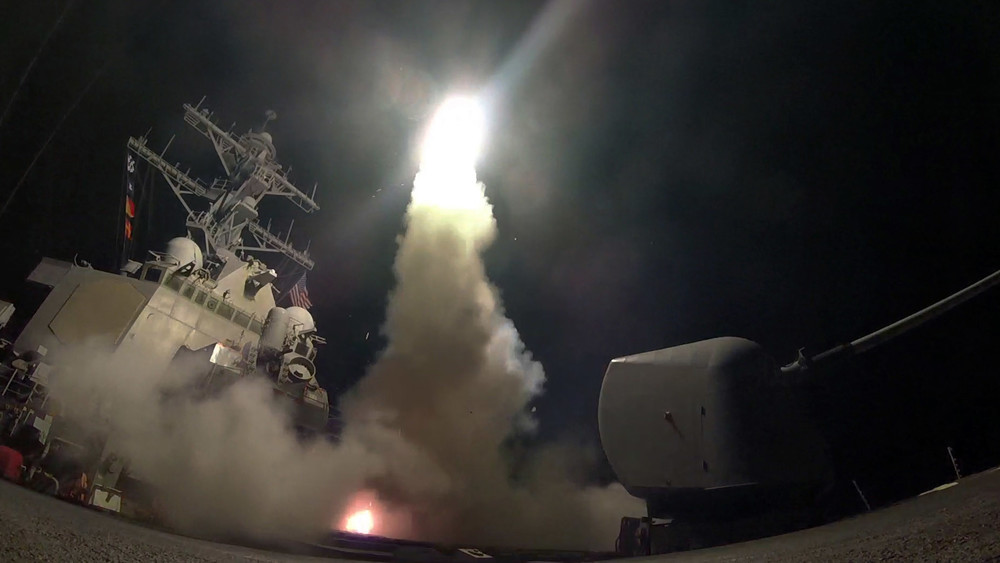 BREAKING NEWS – Washington, D.C. – The United States launched nearly five dozen cruise missiles at a Syrian airfield early Friday in response to a chemical weapons attack that killed dozens of civilians. “It is in the vital national security interest of the United States to prevent and deter the spread and use of deadly chemical weapons,” President Donald Trump said in a statement. Fifty-nine Tomahawk missiles targeted an airbase at Shayrat, located outside Homs. The missiles targeted the base’s airstrips, hangars, control tower and ammunition areas, officials said. DNC leader Tom Perez stated that the decision to attack Syrian air bases only confirmed Trump’s bigotry. “His true motive is crystal clear to me,” began Perez. “He launched ‘Tomahawk’ missiles to imply that all Native Americans are violent and wants them deported. My sources also told me that he plans on destroying ISIS with bows and arrows, and wants to use enhanced interrogations of captured terrorists by having them scalped.”