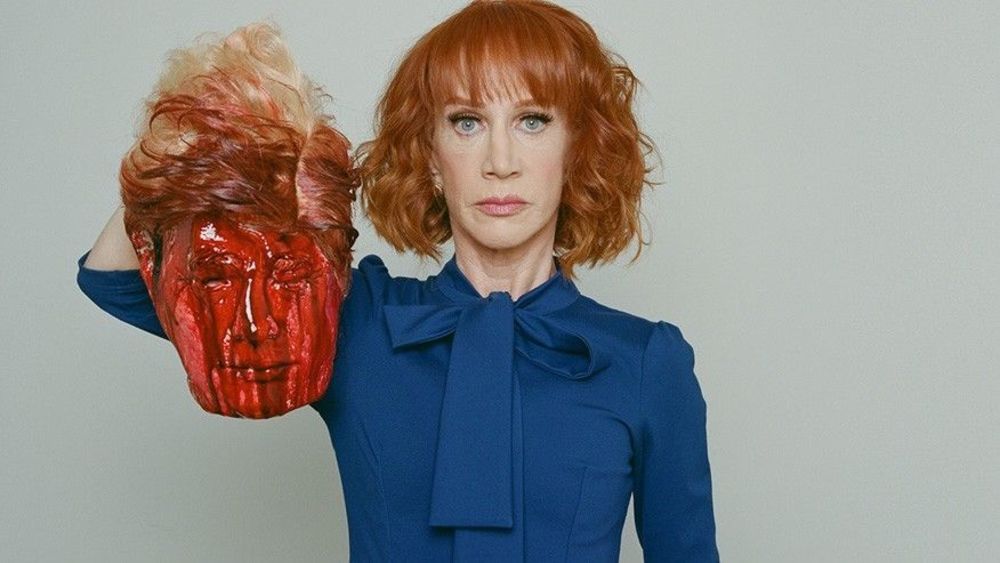 BREAKING NEWS – New York City, New York – The outspoken comedian Kathy Griffin posed for a photo shoot in which she is holding a bloodied mask of President Trump. After national outrage, she alleged that her stunt was totally misunderstood. “I was not condoning violence,” she later stated. “I was just trying to encourage President Trump to contact the NFL, and then demand the name change of the Washington Redskins.” Her agent was not available to comment, because after her explanation, he quit.