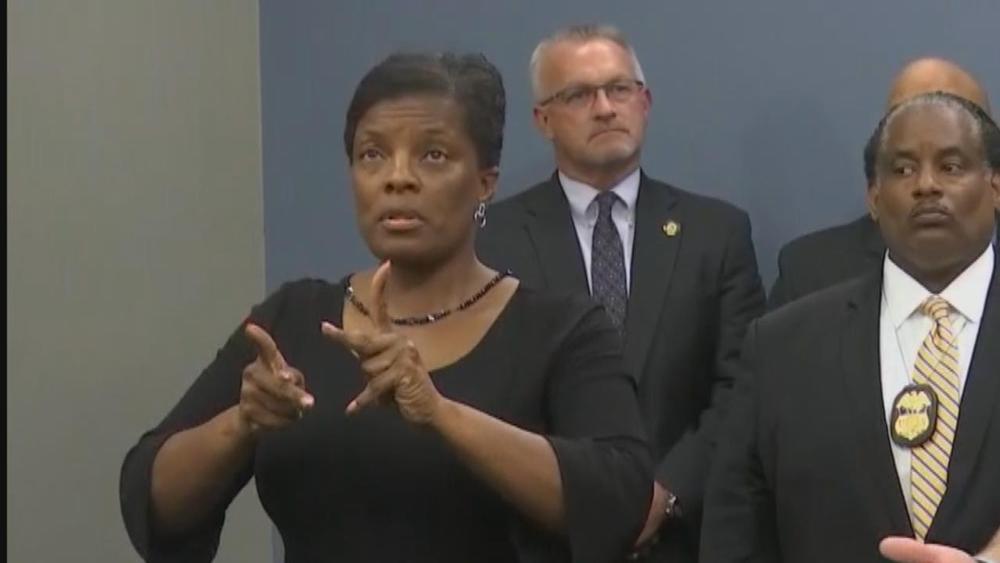 BREAKING NEWS – Tampa, Florida – Hearing-impaired people tuning in to a news conference about the arrest of a suspected serial killer got a message of gibberish from an American Sign Language interpreter. As Tampa police Chief Brian Dugan announced the arrest of Howell Donaldson, interpreter Derlyn Roberts was there beside him, making gestures with her hands that made no sense. “She sat up there and waved her arms like she was singing Jingle Bells,” Rachell Settambrino, who is deaf and teaches at the University of South Florida, told the Tampa Bay Times through an interpreter. Settambrino went on to explain in more detail. “It was the strangest mixture I have ever seen. A small portion of it made sense, a larger portion was gibberish, but most of it appeared to be gang signs.”