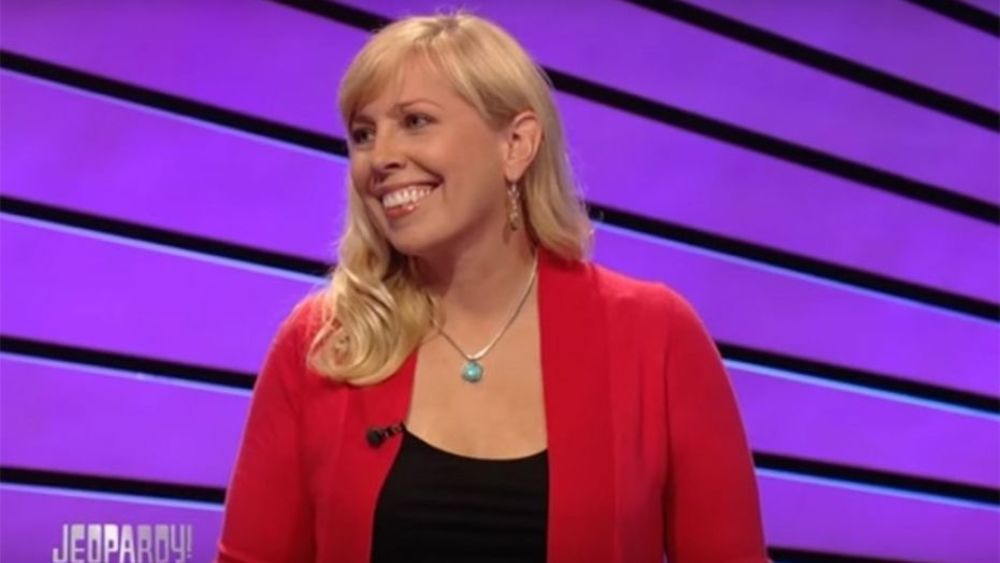 BREAKING NEWS – Adrian, Michigan – A former “Jeopardy!” winner — and one-time record holder — has been charged with two felony counts after an intensive investigation into alleged cyber crimes. Stephanie Jass, 47, appeared in Lenawee County court in Michigan on to face charges of unauthorized access to a computer and using a computer to commit a crime. The first charge alone carries with it a potential penalty of five years in prison and a $10,000 fine. In 2012 she held the record for most consecutive wins by a woman on “Jeopardy!” winning seven games in a row. Her attorney told the judge in regards to the filings, that the District Attorney was both unprofessional and unethical. He was specifically referring to the last page of the court papers when the D.A. was hinting at the format of Jeopardy and wrote, “The question is, ‘What is Sing Sing?’ Hint: The correct response has nothing to do with music.”