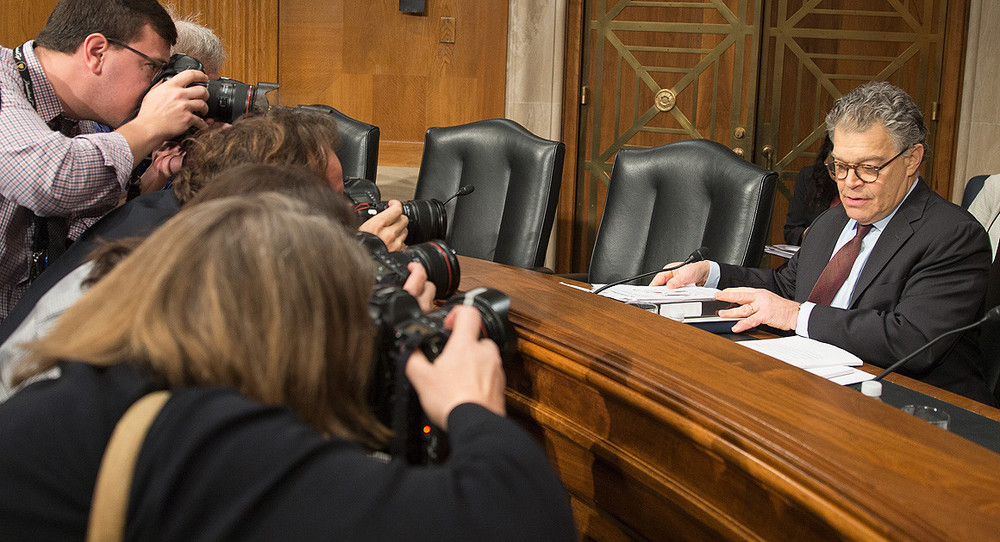 BREAKING NEWS – Washington, D.C. – Senator Al Franken resigns after giving a speech on the Senate floor, and makes it crystal clear on who he thinks is at fault. “I am not blaming the countless victims that I touched inappropriately, and I never will,” he began. “I am blaming the females in my youth and teen years that rejected and laughed at me. And they unfortunately compelled me to compensate as an adult, by being extremely aggressive toward women, after I was in a position of power. I have hired a private detective to help me track down these women that mistreated me when they were my classmates in both grammar and high school. I am also asking the women that I have sexual harassed over the years, to join me in a lawsuit against these insensitive women from my youth, as I seek punitive damages from them for creating the disgusting repulsive monster that I currently am, and I am confident I will remain this way until I die and get tossed into the pit of hell.”