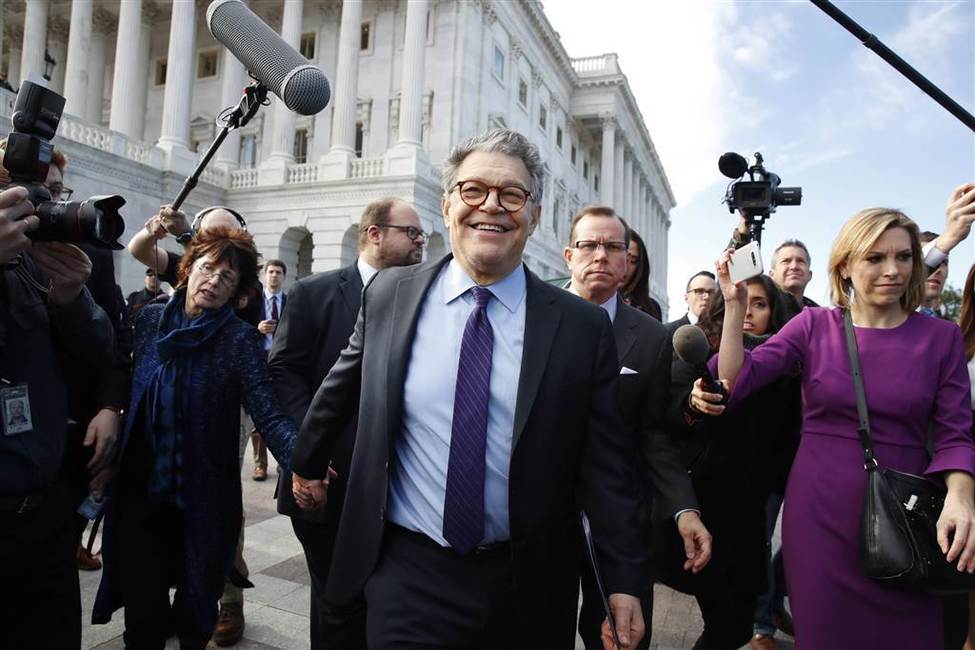 BREAKING NEWS – Washington, D.C. – Sen. Al Franken holds hands with his wife Franni Bryson as he leaves the Capitol after announcing his resignation. The Minnesota Senator said he will resign from the Senate in coming weeks following a wave of sexual misconduct allegations and a collapse of support from his Democratic colleagues. He was photographed literally pulling his wife, as she is trying break his grip. Her anger was prompted by moments before the picture was shot, Franken groped the woman to his left in the purple dress and stated to her, “I’m quitting the Senate, so there is nothing you can really do to me at this point. And I promise you, I’ll remember this incident differently too.”