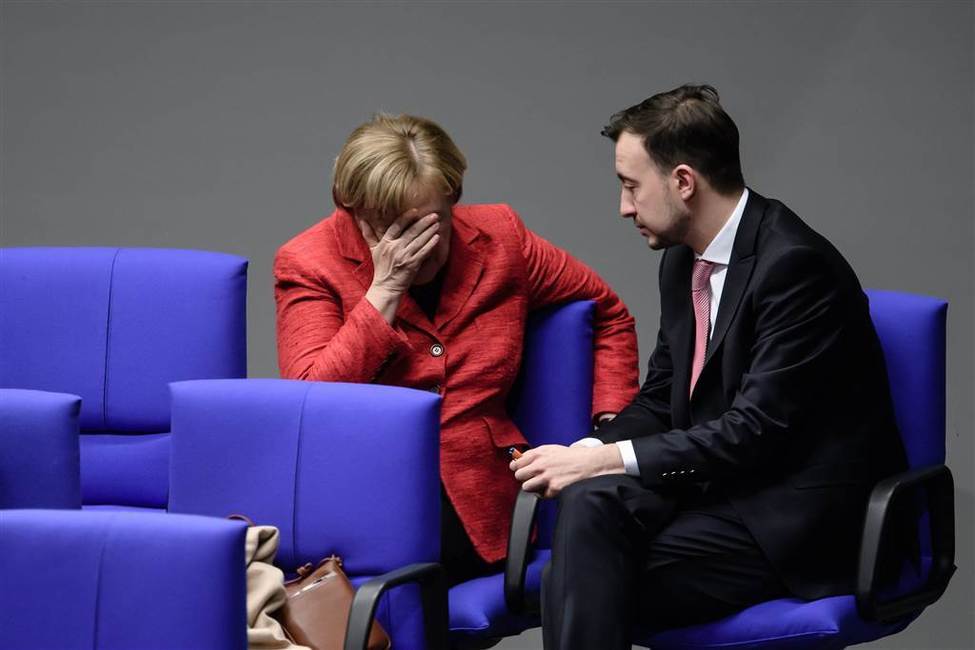 BREAKING NEWS – Berlin, Germany – Chancellor Angela Merkel of the Christian Democratic Union (CDU) and the chair of the CDU youth organization, Paul Ziemiak, talk on one of the back benches during a session of the parliament. According to Ziemiak, she was extremely depressed and in tears after being informed that a national fashion magazine stated that she dresses a lot like Hillary Clinton.