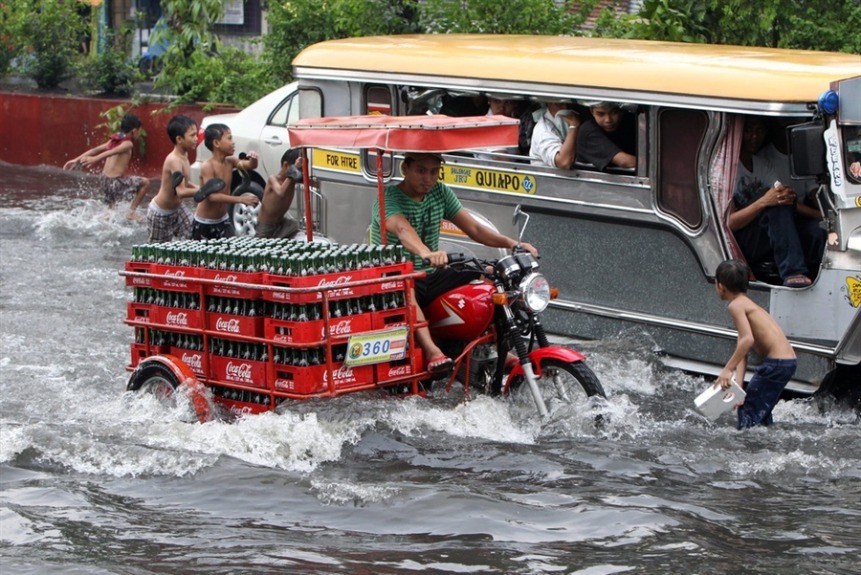 BREAKING NEWS – Manila, Philippines – An employee for Coca-Cola is seen en route to a delivery amid the horrible flooding in Manila. He said he was told that to miss a delivery for any reason is automatic termination. The high standards were set when hundreds of employees in Hiroshima, Japan were fired in 1945, one hour after the U.S. dropped an atom bomb on their city. To date, Coca-Cola maintains the position, that even though the Hiroshima was leveled, and the air was filled with deadly radiation, the delivery men still should have supplied the badly injured survivors that died shortly thereafter, with their cool refreshing soft drink.