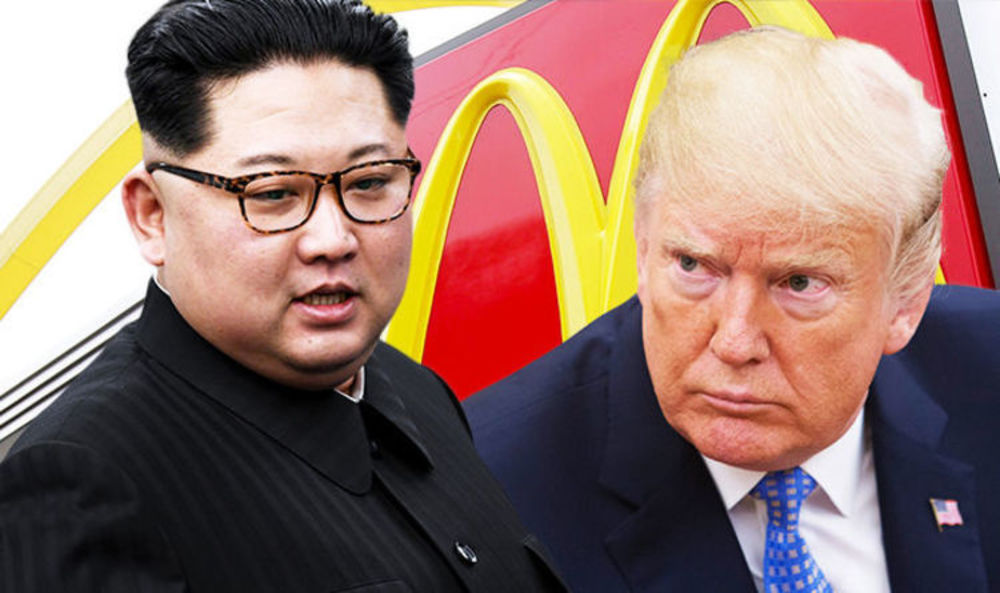 BREAKING NEWS – Pulau Ujong, Singapore – President Trump is now being accused of manipulating and bullying Kim Jong Un into immediately agreeing to a treaty during their meeting, after he was informed that the North Korean dictator wants a McDonald’s chain to open in his nation’s capital. According to witnesses, Trump entered the room during their private meeting, tossed Kim Jong Un a bag full of Big Macs, and said, “Sign this paperwork Butterball.” After placing his signature on the document and the two men shook hands, the NK leader wanted a second meeting the following morning, to discuss breakfast burritos.