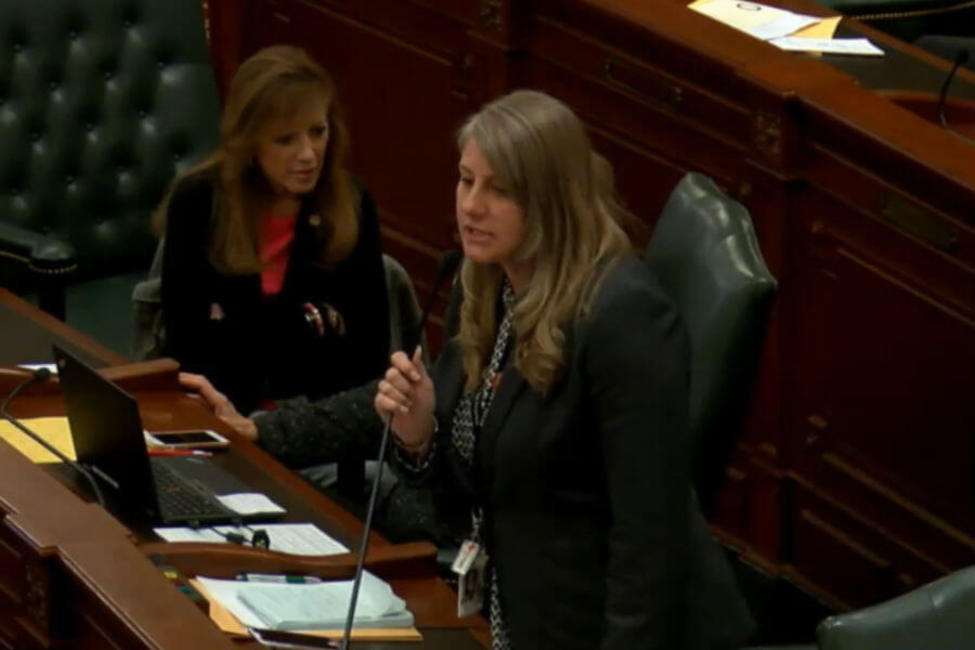 BREAKING NEWS – Springfield, Illinois – Democratic state lawmaker Stephanie Kifowit said she wanted to pump a lethal “broth of Legionella” bacteria into the water system of a Republican colleague’s family, during heated remarks on the Illinois House floor over a bill aimed at helping families of more than a dozen residents at the Downstate Quincy veterans home who died of Legionnaires’. During the House floor debate over the proposal, Republican state Rep. Peter Breen of Lombard questioned some of the plan’s details, contending the state doesn’t know how much it will cost. Minutes later, Kifowit, a co-sponsor of the legislation, stood up to attack Breen. “I would like to make him a broth of Legionella and pump it into the water system of his loved one, so that they can be infected, they can be mistreated, they can sit and suffer by getting aspirin instead of being properly treated and ultimately die.” Her “broth” comment wasn’t the first time she used a food reference to attack her opponent. Last year when Breen objected to her plan for chest pain medication to be sold over-the-counter instead of prescribed, she said she hoped his ribs were moved, barbecued on a grill, and served to a family of cannibals living in low income housing.