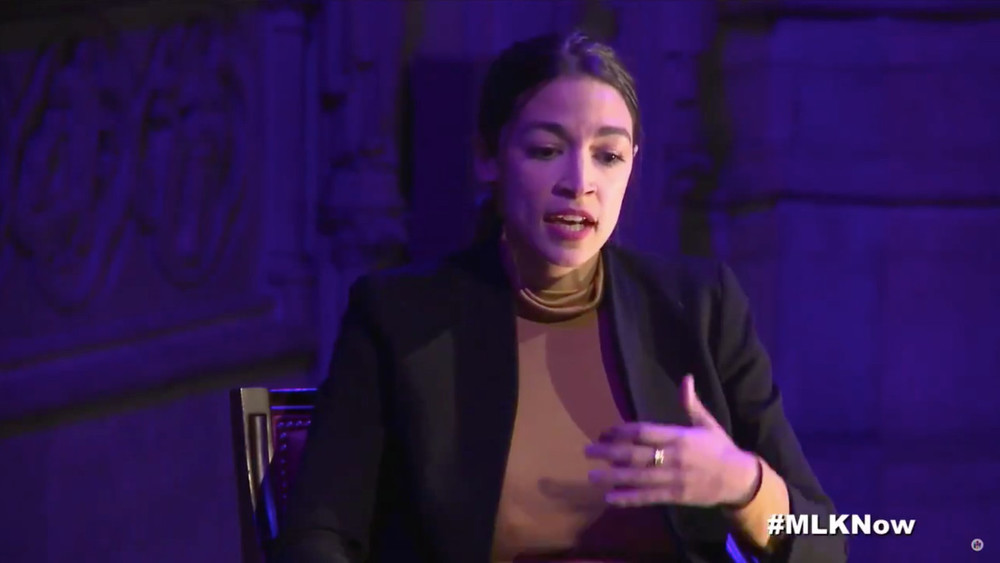 BREAKING NEWS – New York City, New York – The entire video of Alexandria Ocasio-Cortez at Riverside Church predicting the end of the world in 12 years, has finally been made public. When someone quoted from the bible to her during the interview Matthew 24:36 which refers to the end of the world, that no man knows when the world will end, not even the angels in heaven, nor the Son, but only the Father, she immediately responded. “Jesus was referring only to men, and not to Hispanic women,” she explained. “And secondly, back then Jesus didn’t have access to today’s technology or scientific data, because if he did, it’s likely he would have said something different with the detailed knowledge on climate change and how this planet was created.”