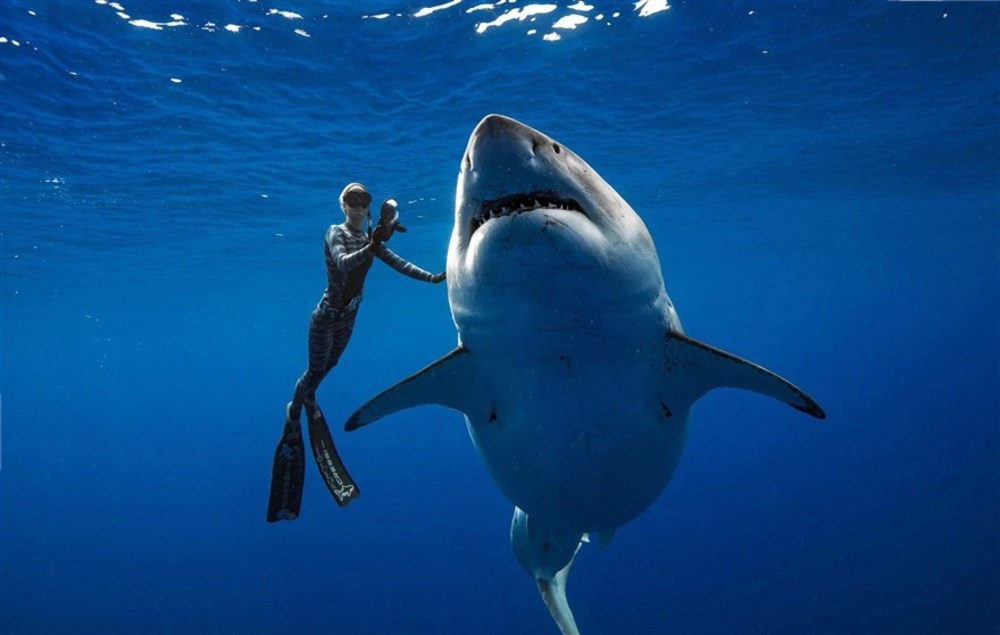 BREAKING NEWS – Honolulu, Hawaii – Ocean Ramsey, a marine biologist, is seen swimming with a 20-foot great white shark off the coast of Hawaii. She has been studying great white sharks and estimates the this particular one weighs in at over two tons. Last month, Ramsey and a couple of her friends tried something equally dangerous when they traveled to the North Pole to pet a polar bear, and they were attacked. Fortunately Ramsey escaped, due to the fact that her slow running friends unwittingly supplied the polar bear with a two course meal.