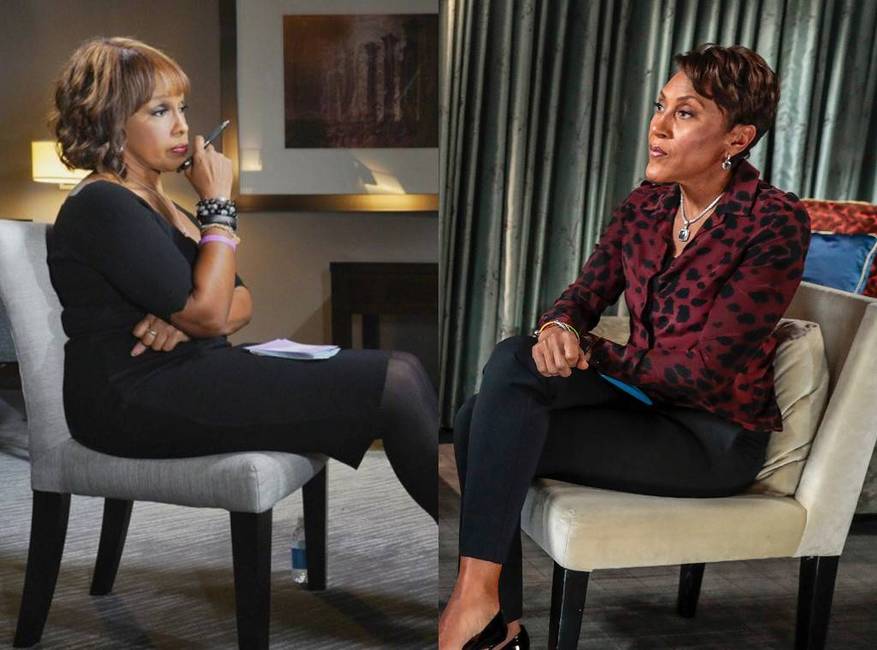 BREAKING NEWS – New York City, New York – Tv executives for CBS and ABC has warned morning hosts Gayle King and Robin Roberts to stop trying to “one-up” each other, over concerns that the two women are approaching some very dangerous levels. It began after Roberts interviewed Jussie Smollett and she reduced him to tears. King said she was “unimpressed”, so she reduced R. Kelly to tears and then prodded him to act violently, almost to the point of him striking her. Roberts is now saying her next controversial interview, she plans on emotionally pushing the male until he knocks her out with a single vicious punch. King countered that by saying, “If Robin does that, I’ll go to Syria and locate a man that that’s an extremely radical member of ISIS. And during the interview, I’ll call him a coward and kick him in the groin while he’s wearing a suicide vest!”