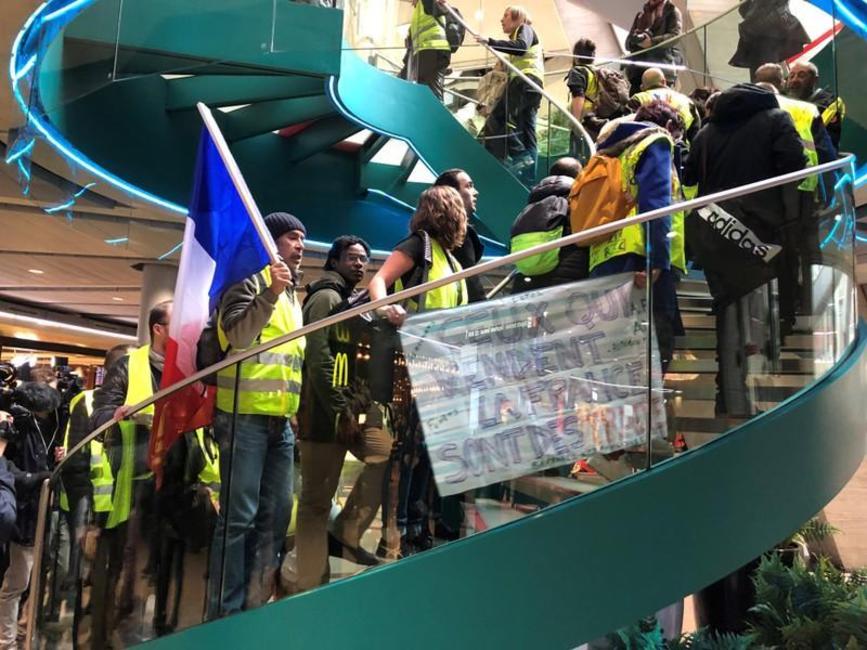 BREAKING NEWS – Paris, France – A video showed hundreds of illegal immigrants storming a French airport and occupying an entire terminal, demanding to meet with the country’s prime minister. Footage posted on Twitter shows roughly 500 migrants chanting in Terminal 2 of the Charles de Gaulle airport as about a dozen police officers in tactical gear look on. “France does not belong to the French! Everyone has a right to be here!” one person can be heard yelling into a loudspeaker. And the person continued by saying, “Italy does not belong to Italians, the North Pole does not belong to Poland, and China does not belong in a China cabinet because the plates should be used all the times, and not for just special guests!”