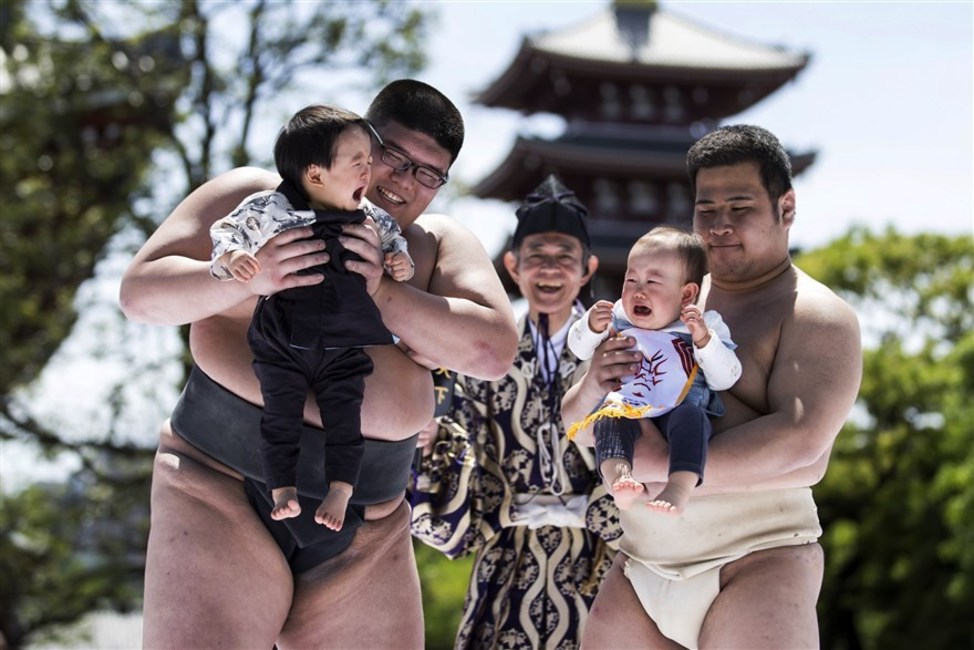 BREAKING NEWS – Tokyo, Japan – A photo was taken shortly before the parents of the two infants snatched their children who were screaming in terror, away from two Sumo wrestlers at Sensoji Temple. The parents were horrified when both wrestlers began to salivate and lick their chops, after one of them referred to the babies as “late night snacks”.