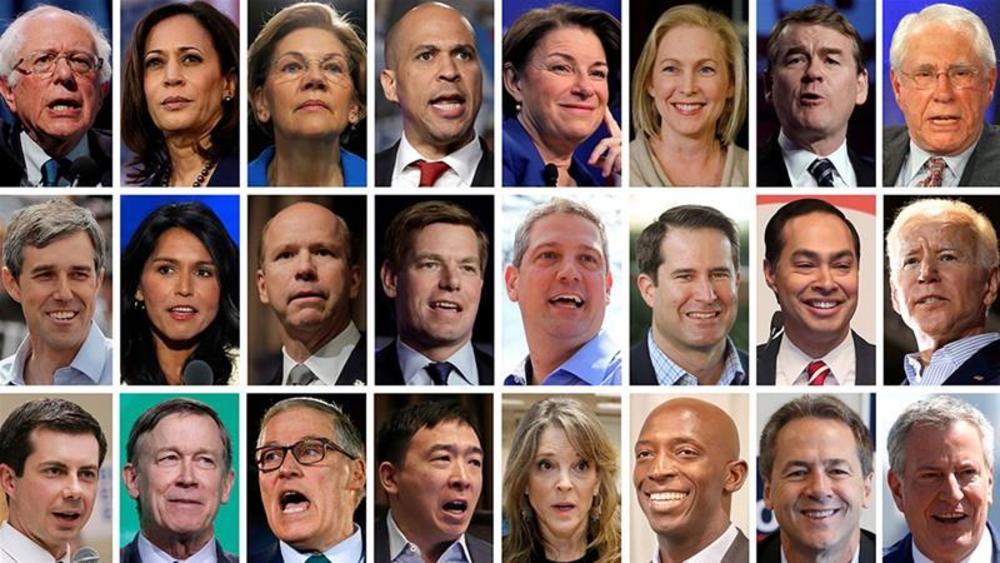 BREAKING NEWS – Washington, D.C. – A new rule adopted by the Democratic National Committee and NBC News will evenly divide top-tier candidates across two nights in the first Democratic presidential primary debates in June. Democrats getting at least 2 percent support in the polling average will be randomly and evenly split between the two nights, which will each feature 10 candidates. The rule will not keep any two candidates from appearing onstage together. But it will prevent random chance from loading one night with polling leaders and the other night with less well-known presidential candidates. NBC News is the media partner for the first debates on June 26-27.

Here is their exchange –

Perez: We want Biden to get the nomination because we feel he has the best chance against Trump.

NBC: We agree. What do you want us to do to meet our mutual goals?

Perez: Biden is a buffoon known for his idiotic gaffes, and him being too affectionate with the ladies may make him look creepy on the stage. He also does not have the ability to think on his feet when confronted, so this is what I want you to do. Do not have any women on the same day he’s on stage to insure that they won’t get goosed on national tv. Definitely do not have any blacks on stage with him, because they might bring up the 1994 crime bill that got so many of them tossed into prison. And whatever you do, don’t have anyone on stage with Biden that’s smarter than he is.

NBC: Ok, it’s all set up per your explicit instructions. On June 26th, Biden will be on stage by himself taking questions from the moderator, and on June 27th the other 19 candidates will participate in the debate.