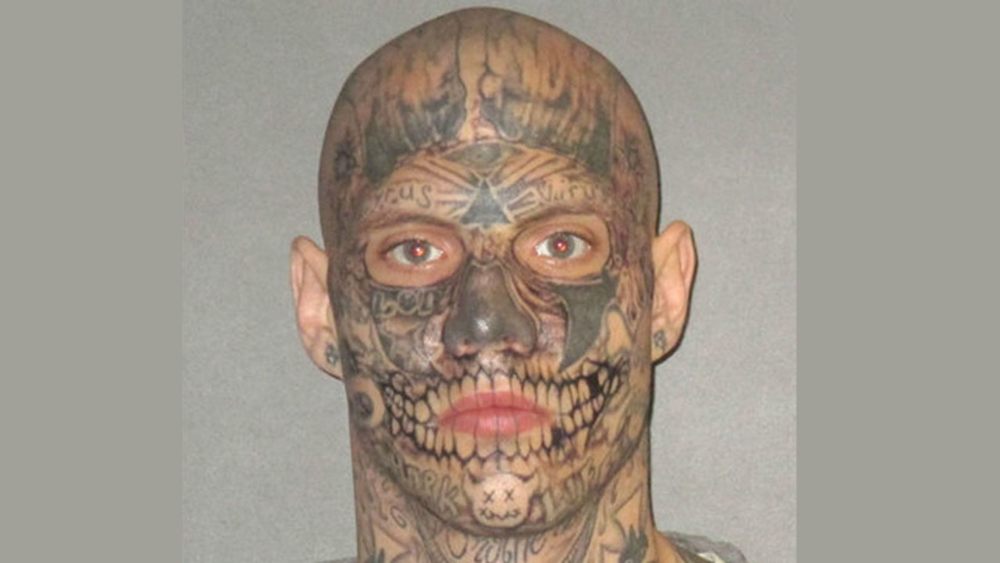 BREAKING NEWS – Greenwell Springs, Louisiana – An attorney representing a Louisiana man charged with murder asked for jurors who will overlook his client’s face tattoos — which include skull horns and a set of teeth. William Bottoms Jr., 29, faces two counts of second-degree murder stemming from the deaths of two men in June 2017. They were found shot in the head, in the back seat of a bar, covered with a sheet. Bottoms’ defense attorney, Jarvis Antwine told the potential jurors that if any of them will get “creeped out” by Bottoms appearance, the court will recommend some nightmare support groups after the trial. And with nervous chattering teeth, Antwine admitted that he already started attending one.