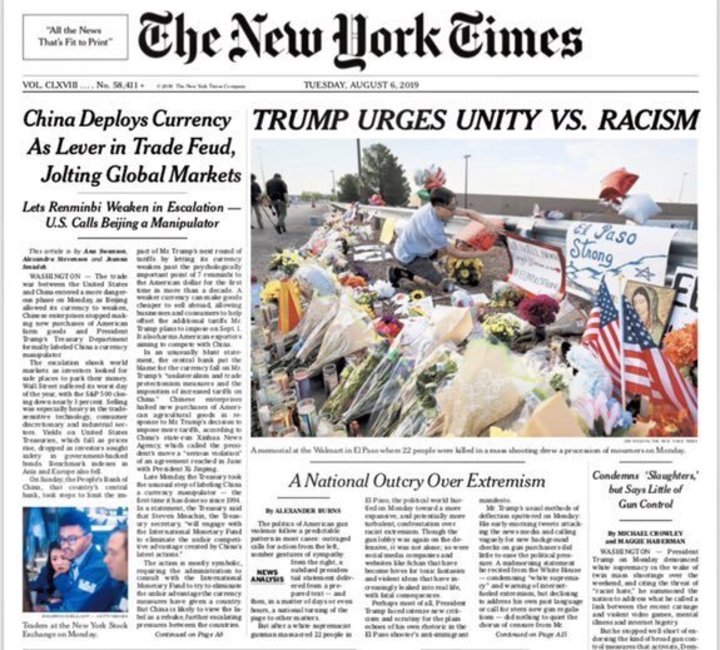 BREAKING NEWS – New York City, New York – A New York Times headline about President Trump’s remarks on the recent mass shootings in El Paso and Dayton drew condemnation online – including from some Democratic presidential candidates – and was subsequently changed late Monday. The newspaper summarized Trump’s comments, in which he denounced hate and white supremacy, with the headline “Trump Urges Unity vs. Racism” on the front page of its first edition. After several prominent democrats, were outraged that the liberal newspaper confirmed the president was encouraging civility, the NYT rewrote the headline changing one word, which read “Trump Urges Unity In Racism”, alleging that original printing had a “typo”. They newspaper then fired the person that wrote the first headline, after they were unable to throw him through a plate glass window from the seventh floor.