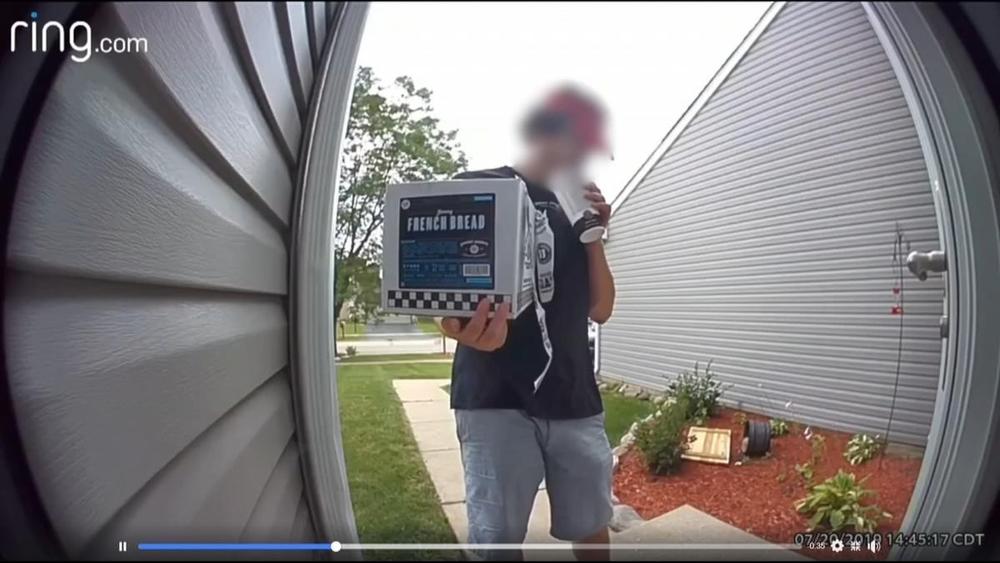 BREAKING NEWS – Lake in the Hills, Illinois – A Jimmy John’s delivery driver was caught on camera apparently putting his mouth on a customer’s drink before delivering an order in a northwest Chicago suburb. Homeowner Emily Brems said video from a Ring doorbell captured the incident just seconds before her order was handed off. Video showed the worker carrying a box and holding a drink. As the delivery driver stands at Brems’ front door, he appears to put his face to the cup. Brems said her 12-year-old son saw the video and made the disturbing discovery. The Algonquin Jimmy John’s franchisee, Banti Singh, said in a statement “the behavior seen in this video is not consistent with the standards we expect from our employees.” But his additional words raised more than a few eyebrows. “However, I am tired of customers complaining about this. My employees work hard, and they sometimes get thirsty during deliveries. Most of the soft drink was still in the cup, so what’s the big deal? Deliver drivers also get hungry during their shift. Should they pull over to the side of the road and starve to death and possibly cause an accident? I say no! Taking a few small bites out of someone’s sandwich is acceptable in my opinion. And those few morsels can easily sustain them until they have to deliver the next sandwich.”