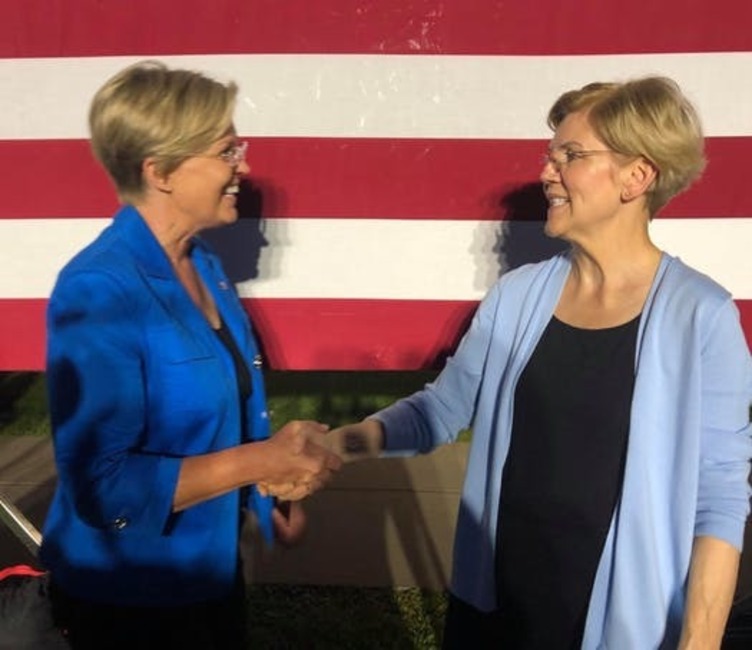 BREAKING NEWS – St. Paul, Minnesota – Massachusetts senator and 2020 Democrat Elizabeth Warren was seeing double after meeting her lookalike in Minnesota. Stephanie Oyen sported short blond hair, glasses, and a blue blazer at a town hall event at Macalester College knowing that her attire would resemble the presidential candidate’s style. But she apparently underestimated how good of a doppelgänger she is. “I thought it would get some giggles,” Oyen told the Star Tribune. “Then people started yelling, ‘Senator Warren!’ People were clapping and running up to me to take photos. I kept saying ‘I’m not her!’ but I looked up and hundreds of people were staring at me.” Eventually, she had enough of the confusion she had sparked at the event and took off the blazer and glasses. But the crowd was still convinced it was Warren after someone yelled at her that an Army Apache Helicopter just landed outside and is going her to a MLB game between the Cleveland Indians and the Atlanta Braves.