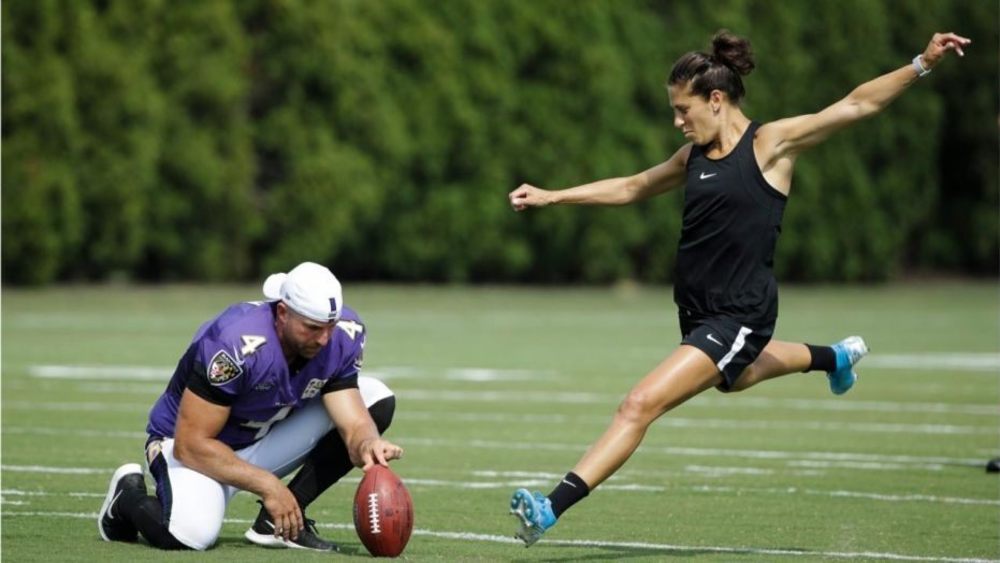 BREAKING NEWS – Philadelphia, Pennsylvania – U.S. soccer star Carli Lloyd’s impressive 55-yard field goal during a recent Philadelphia Eagles practice apparently caught the attention of people in the NFL who made “some inquiries.”The New Jersey native and Eagles fan drilled two long-range attempts – including the 55-yard field goal – during a preseason practice Tuesday, sending the kick straight through the goalposts. Videos quickly went viral, with one NFL great saying some teams should give her an “honest” tryout. Lloyd’s agent stated, “Carli would love to play in the NFL. However, if she makes it on a team, she does have a stern warning. If any opposing players tackle her making any contact below or above her waist, she will immediately file a sexual harassment lawsuit. She will also take similar legal action if players from her own team showers or gets undressed in the locker room, or tells sexually explicit jokes, that can be construed as demeaning toward women.”