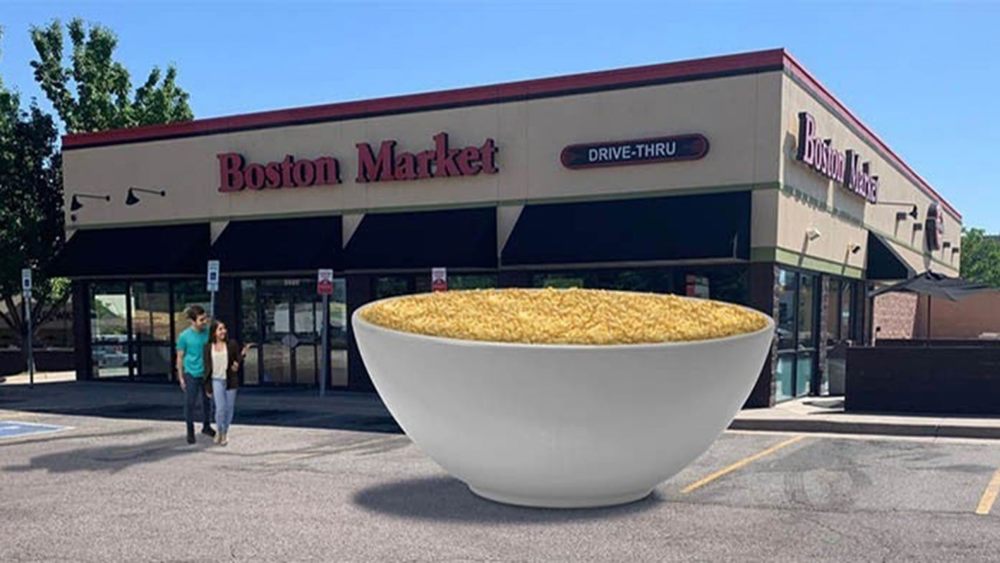 BREAKING NEWS – Golden, Colorado – One devoted fan of Boston Market will win a literal ton of their favorite side — including everyone’s favorite, mac and cheese. This gluttonous golden opportunity is part of BM’s new “Rotisserie Rewards” program, which awards bonus points to big spenders. The first person to score 10,000 points will be the lucky winner of the side dish, which could also be sweet corn, mashed potatoes or sweet potatoes (if you’re a monster). Whoever wins can decide if they want to play the long game and get their prize in sensible side dish portions until the dishes total 2,000 pounds — or, for those who relish the finer things, all at once, in a bowl big enough to swim in. A gigantic display of a ton of mac and cheese placed in front of one of the restaurants, was almost entirely devoured by one person in less than an hour. Security cameras shows the culprit was Michael Moore, with footage of the film director sluggishly climbing out of the bowl and waddling away as he heard police sirens interrupting his meal.