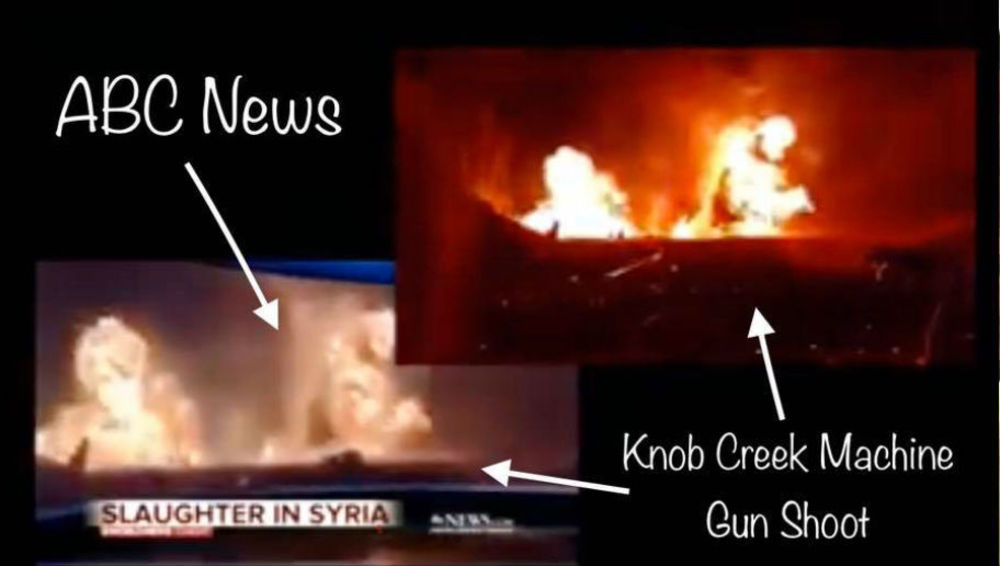 BREAKING NEWS – New York City, New York – ABC News still hasn’t explained how it mistook footage from a Kentucky gun range for authentic video of fighting between Syria and Turkish forces but has promised to dole out internal “consequences” for the error, said CNN’s Brian Stelter. “It’s actually from a Kentucky gun range,” Stelter added. “Now ABC says it regrets the error, but it has not explained what happened.” The network issued a correction after reportedly using video from the Knob Creek Gun Range in West Point, while the words “CRISIS IN SYRIA. ISIS prisoners escape as death toll rises in attacks,” appeared beneath it. The footage first aired on “World News Tonight” as anchor Tom Llamas claimed it showed a Turkish attack on a group of Kurdish civilians in a Syrian border town. Both “Good Morning America” and “World News Tonight” issued an identical statement on Twitter expressing regret over the mistake. Llamas also added, “It was an error on our part. However, we will not be lectured on journalistic standards by Boneheaded Brian on any of the other idiots at CNN. Because if they would’ve made the exact same mistake, they would’ve said their error was due to both Syrian and Knob Creek Gun Range look the same, because both places have lots of dirt. Imbeciles!”