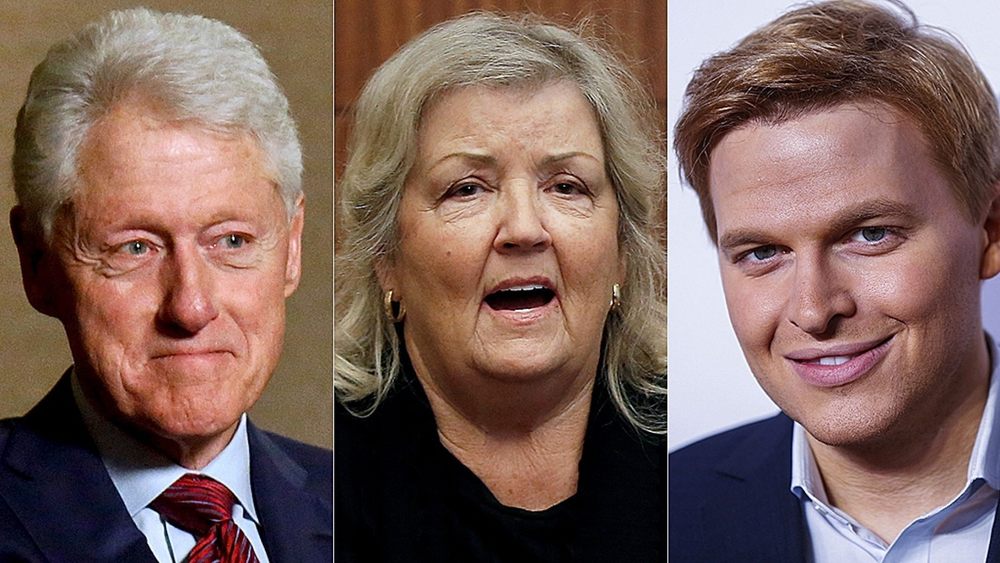 BREAKING NEWS – New York City, New York – Ronan Farrow said on “Real Time with Bill Maher” that Juanita Broaddrick’s claim she was raped by Bill Clinton in April 1978 is “overdue for revisiting.” Now Broaddrick is stating that while she knows that Clinton will never be punished, that doesn’t mean justice can’t be served. “I would just like for someone to take a second look at Bill Clinton, who gets millions of our tax dollars every year for past presidential perks. I’d love for there to be something brought up that takes all these perks away from him,” Broaddrick said. “He’s not going to be sent to jail for raping me. We know that, but I would love to see something done.” Hillary Clinton spoke out and defended her husband by saying, “Bill no longer has a physical desire in Juanita, so why bother bringing it up? He and I have moved on from his sexual assault on that particular woman, so why can’t she?”