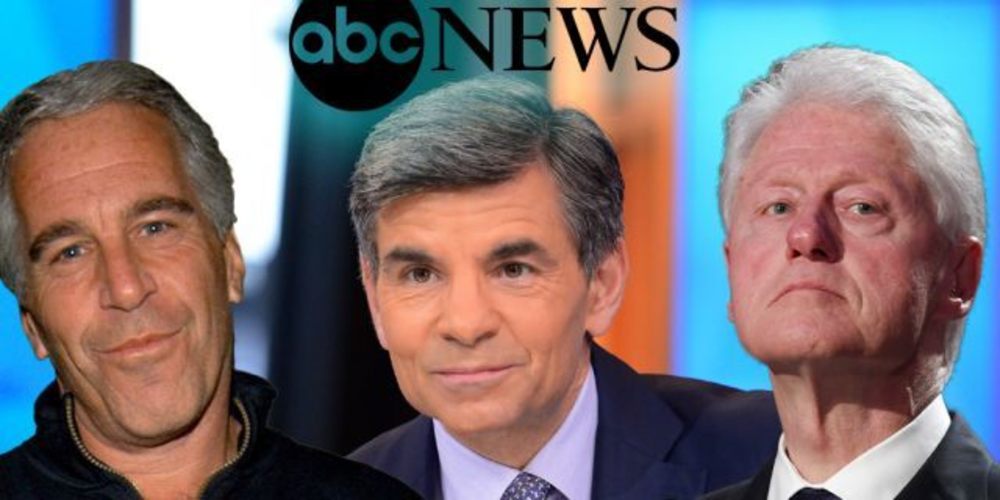 BREAKING NEWS – New York City, New York – ABC News’ spiking of the Jeff Epstein story draws scrutiny toward Clinton ally George Stephanopoulos. ABC News anchor Amy Robach was recorded on a hot mic claiming the network spiked a story exposing Epstein three years ago. The hot mic outburst was published by Project Veritas, a controversial conservative watchdog group that claimed the tape was leaked by an ABC News insider. The bombshell claim that ABC News “quashed” a story on allegations against Epstein has drawn new scrutiny on the controversy’s ties to its own star anchor, George Stephanopoulos. Before the day was over Stephanopoulos responded to his connection to the story. “There is a certain thing called ‘self preservation’,” he stated at an impromptu press conference. “Jeff Epstein was a pretty good size guy, and he was murdered in his cell. I am 5’5” and weigh about 120 pounds with my pockets full of coins. If Epstein couldn’t fight off his attackers, what makes you think the Clintons will send smaller men to come after me? So as far as I was concerned, my choices were simple, either spike the story, or for me to decide which sickly youngster I wanted to donate my child-size organs to.”