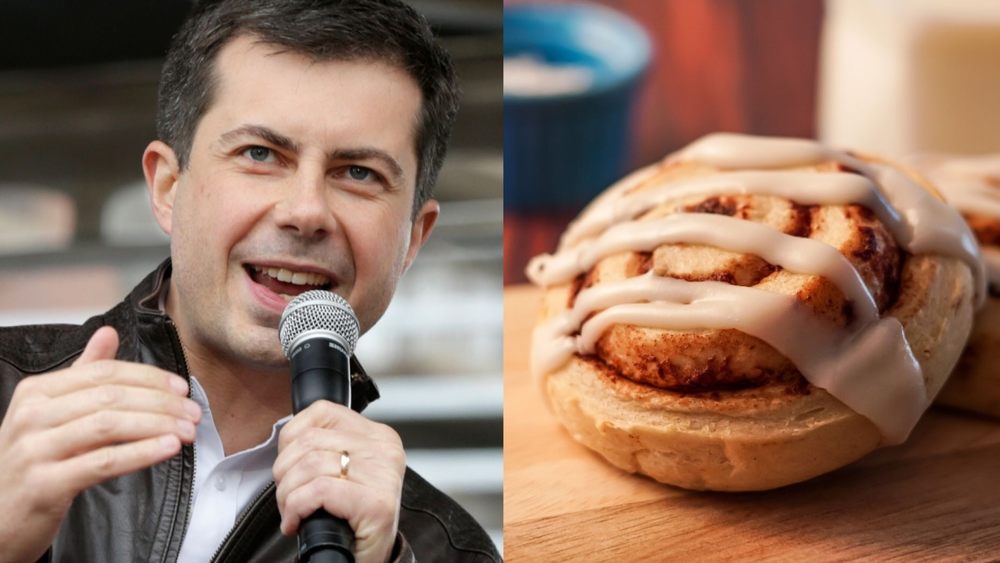 BREAKING NEWS – Decorah, Iowa – Democratic presidential candidate Pete Buttigieg is seen eating a cinnamon roll ‘like a chicken wing’ at Ruby’s Restaurant, draws ridicule. When Twitter users caught wind of the photo, which many believed to be Buttigieg eating a chicken wing, it was quickly flagged as an apparent food faux pas. “I don’t care what your politics are, it is illegal to cut a cinnamon roll into pieces with a knife and then eat it like a chicken wing,” tweeted one person. The South Bend Mayor responded, “Keep in in mind, as a gay man, sometimes I’m masculine and sometimes I’m dainty, I have options.” He got even more criticism when he was accused of trying to pander to black voters, by dipping the cinnamon roll pieces into hot sauce.