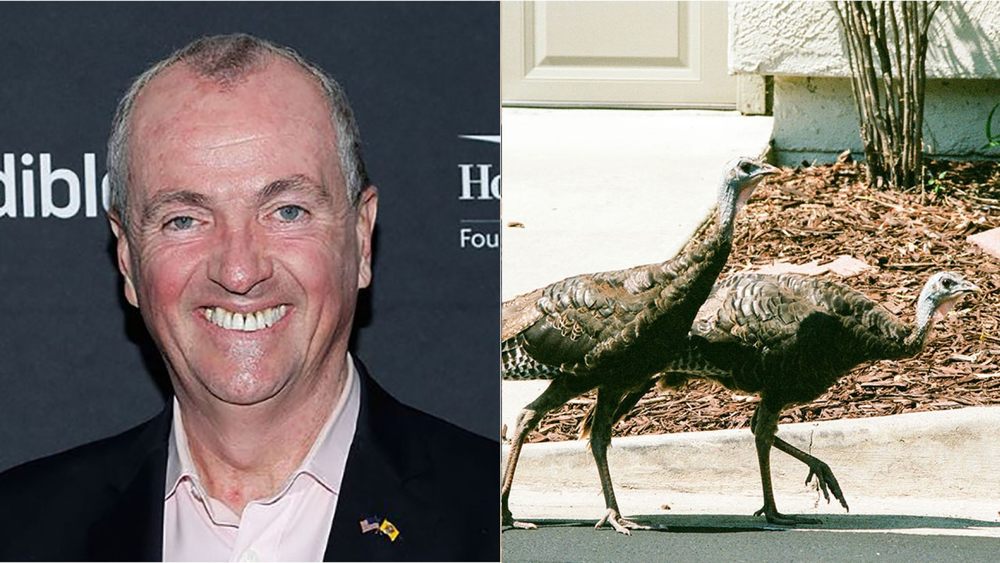 BREAKING NEWS – Toms River, New Jersey – MLB star Todd Frazier went to bat for his New Jersey neighbors, calling out Democratic Gov. Phil Murphy over the problem of aggressive wild turkeys invading Frazier’s hometown. “Animal control needs to step up and move these animals ASAP,” Frazier wrote in a Twitter message directed at Murphy. “State wildlife control needs to figure it out. What’s it going to take?” Governor Murphy responded to Frazier’s tweet, with one of his own. “I am fully aware of the problem,” he began, “but my solution has been repeatedly rejected by state senators. My idea to get rid of the wild turkeys in a relatively short amount of time, is in a couple of weeks, bring in a busload of homeless people, and tell them those birds are their Thanksgiving dinner. I assure by the time the day is over, there will be zero wild turkeys left, along with fewer low flying pigeons.”