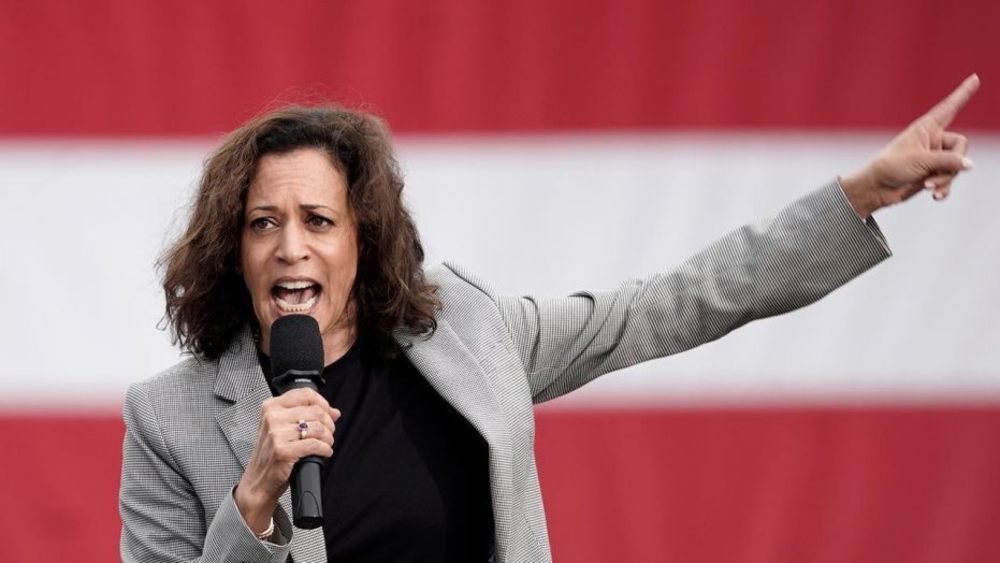 BREAKING NEWS – Washington, D.C. – 2020 presidential hopeful Sen. Kamala Harris, D-Calif., released a never-before-seen video of her reaction to President Trump’s 2016 election victory, in which she told supporters they needed to be prepared to fight because “this is some s***.”

Harris gathered with supporters and told the story of her godson crying at the prospect of Trump defeating Hillary Clinton to win the White House. She then used an expletive to highlight how dire she felt America’s situation became after Trump’s win.

“So we just had a small family dinner. And many of you have met my… godson, Alexander,” she began. “So Alexander came up to me about twenty minutes ago, and he was teary. And… I said come here, little man. What’s going on? And he looked up at me, I swear to God, he looked up at me and he said, ‘I don’t want Trump to win. Did he win?’ And he’s crying.”

“So the tears of joy we shed when we elected Barack Obama, and then my little godson’s tears tonight, because we might have elected Donald Trump — this is some s***.”

But the California senator’s emotion quickly changed when Alexander said in front of everyone. “The only thing that can be worse than Trump winning, would be Kamala running and winning,” the young boy shouted. “And the tactics she used to get where she is today, would shock and nauseate all of you!”

The video abruptly ended about a minute later, when Harris was angrily holding her godson upside by his ankle, as his parents were trying to restrain her from punching him in the face.