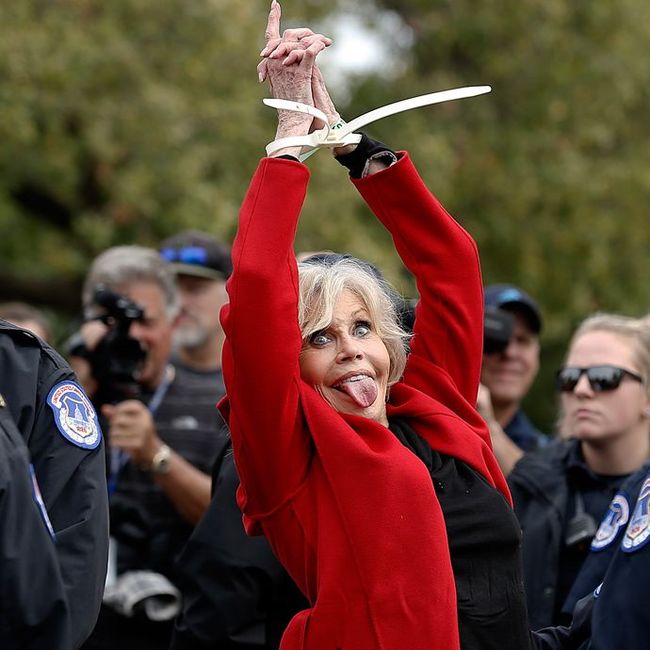 BREAKING NEWS – Washington, D.C. – Jane Fonda said she wants to get arrested every Friday — all to address the climate crisis. It’s been four out of five for her. The actress and activist said she moved to Washington for four months to raise awareness about the devastating challenges that are facing the Earth. “There is a collective crisis, requires collective action,” the 81-year-old told CNN’s Christiane Amanpour. “And so I decided to use my celebrity to try to raise the sense of urgency, and I moved to Washington, and I’m going to get arrested every Friday.” However, after Fonda complained that her plastic tie was too tight and she wanted a doctor to look at her wrists, she screamed in terror after the police said they were going to take her to a nearby VA hospital.