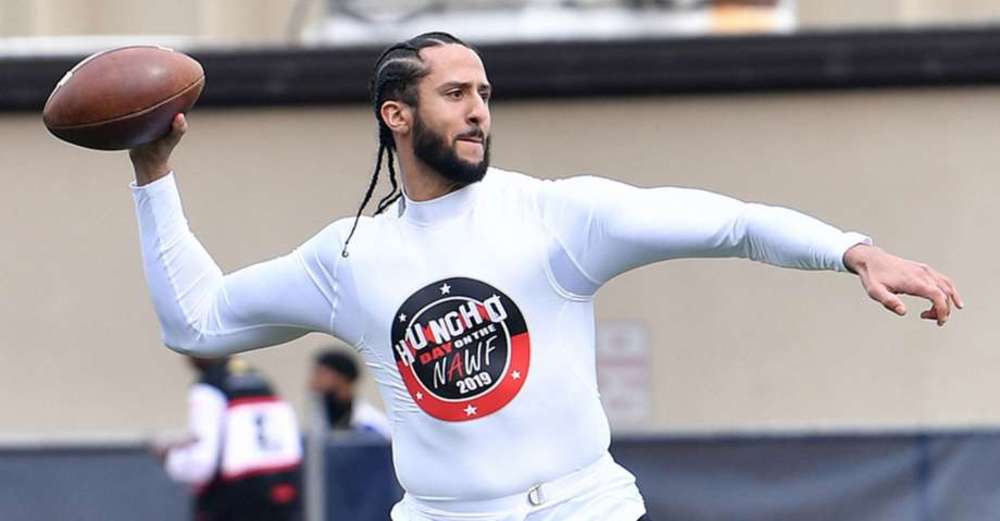 BREAKING NEWS – San Francisco, California – Former 49ers quarterback Colin Kaepernick will have a chance to work out in front of NFL teams this Saturday. The NFL organized the private session in Atlanta, which will involve on-field work and an interview, according to ESPN’s Adam Schefter. Schefter reported that all 32 teams are invited, and a video of the workout and interview will be made available as well. The 32-year-old hasn’t played since the 2016 season. “I’ve been in shape and ready for this for 3 years, can’t wait to see the head coaches and GMs on Saturday,” he said after hearing about the opportunity. According to an unnamed source, Pro-Trump owners are interested in signing him, after some of their team’s republican offensive line backers promised that they will allow defense line backers to have a field day with Kaepernick’s rib cage.