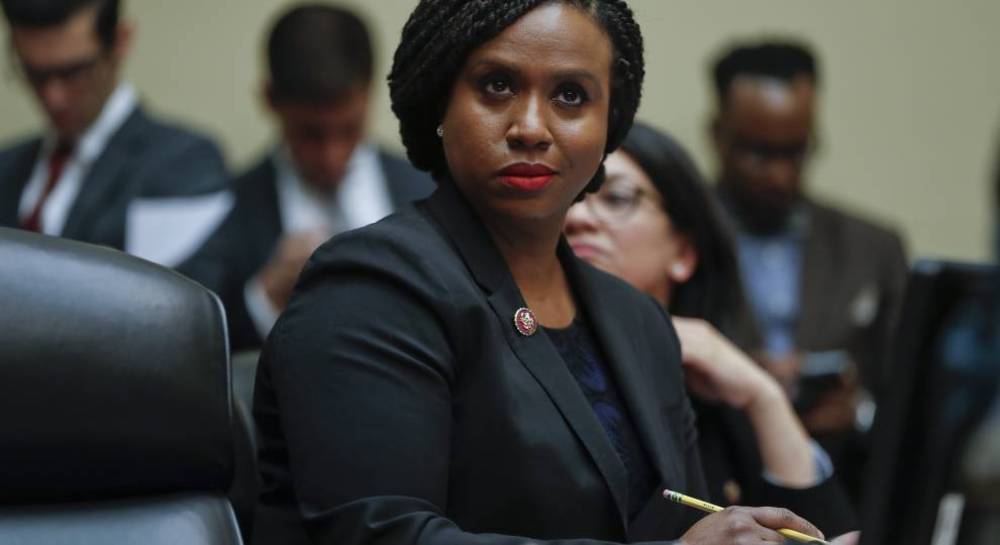 BREAKING NEWS – Washington, D.C. – Rep. Ayanna Pressley, D-Mass., introduced a resolution that advocates for sweeping changes to the American criminal justice system, including a provision that would allow “transgender individuals to be housed in a facility that conforms with their gender identity.” The resolution, which she dubbed “The People’s Justice Guarantee,” proposes a radical change in our prison system. “For far too long, those closest to the pain have not been closest to the power,” Pressley said in a press release. “If an inmate identifies as a specific gender, that’s the prison they should be sent to. I know there will be some predatory men that’s going say that they identify as a woman, aspiring to create more victims once he’s behind bars. But to insure that the women are safe, also in the bill it will be mandatory to teach all females that are incarcerated how to use a firearm, and to equip each one of them with the handgun of their choice.”