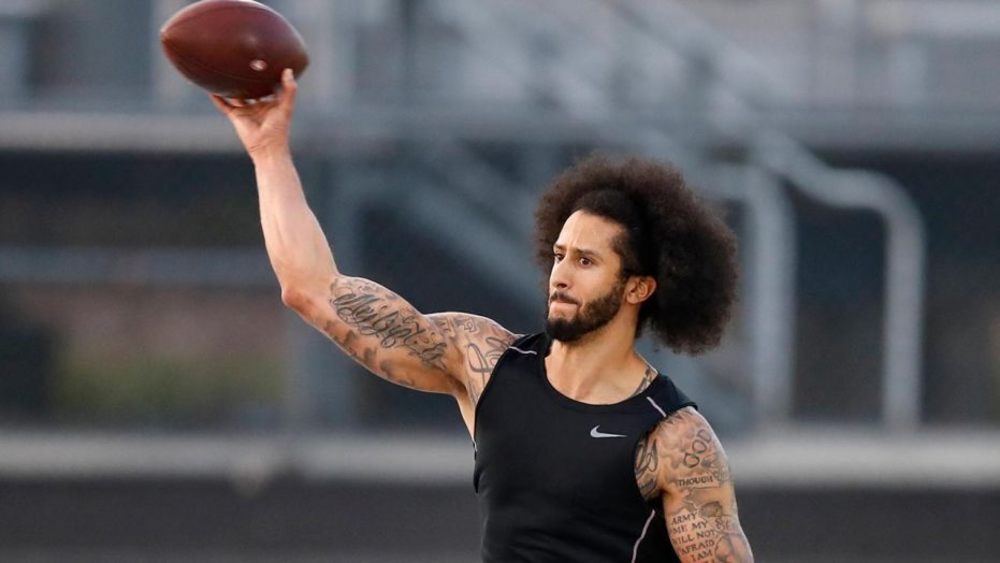 BREAKING NEWS – Atlanta, Georgia – Colin Kaepernick, who started a firestorm in the NFL when he decided to kneel during the national anthem to draw awareness to perceived racial and social injustices in the U.S., threw passes for about 40 minutes at an Atlanta high school. The former San Francisco 49ers quarterback switched his workout location at the last minute to a high school from the Atlanta Falcons’ training facility. He said he did it because the NFL has still refused to honor his demands, which are, NFL seasons 2016 and 2017 be removed from the record books because he didn’t play during that time, to be the starting quarterback on whichever team his chooses that makes it to the Super Bowl this year to showcase his skills, and to be fully reimbursed for his time and expenses for changing his workout location at the last minute to a high school, so he can call the team owners “racists” if they don’t figure out where he went, and show up.