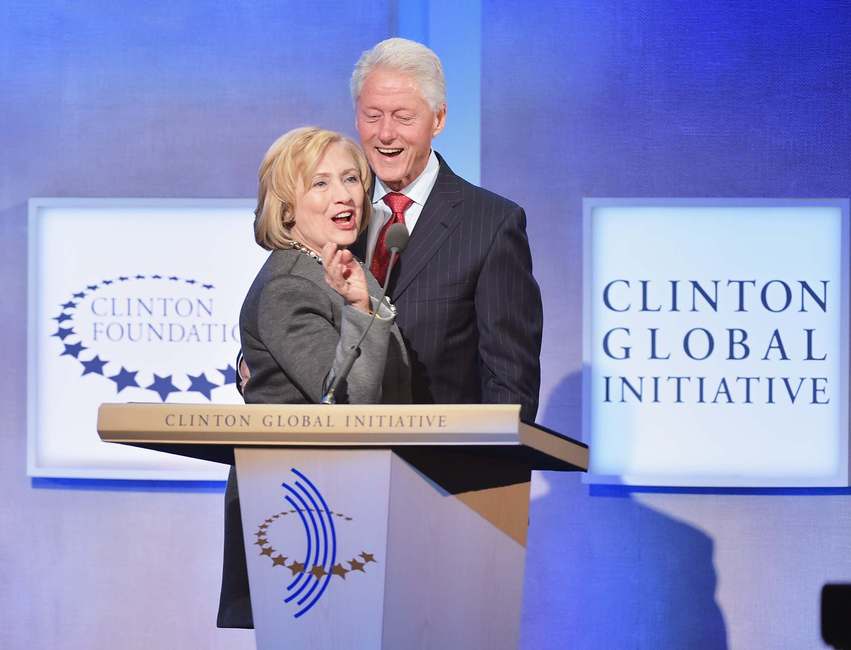 BREAKING NEWS – New York City, New York – Government Accountability Institute President Peter Schweizer stated that the Clinton Foundation, founded by former President Bill Clinton and former Secretary of State Hillary Clinton, is losing revenue due to a lack of donations. “All that money has now dried up, literally” Schweizer told “Tucker Carlson Tonight.” “The Clinton Foundation has had a hard time raising money because they don’t have the influence to sell. They don’t have power access to sell and that, I think, is the primary evidence for what the Clinton enterprise was all about.” Hillary Clinton tweeted about Schweizer’s assessment of her foundation. “Schweizer is correct, up to a point,”she began. “However, we have a back-up plan and based on history, we’ll be fine. The Clinton Foundation intends to resurrect from the 1930’s and 1940’s, Murder Inc. For the right price, anyone can ‘disappear’, or killed publicly as a warning to whomever a client wants to send a message. Our services will be guaranteed, no matter where the victim is, including jail cells, because we know for a fact that guards can be paid to look the other way as throats are crushed… if you know what I mean.”