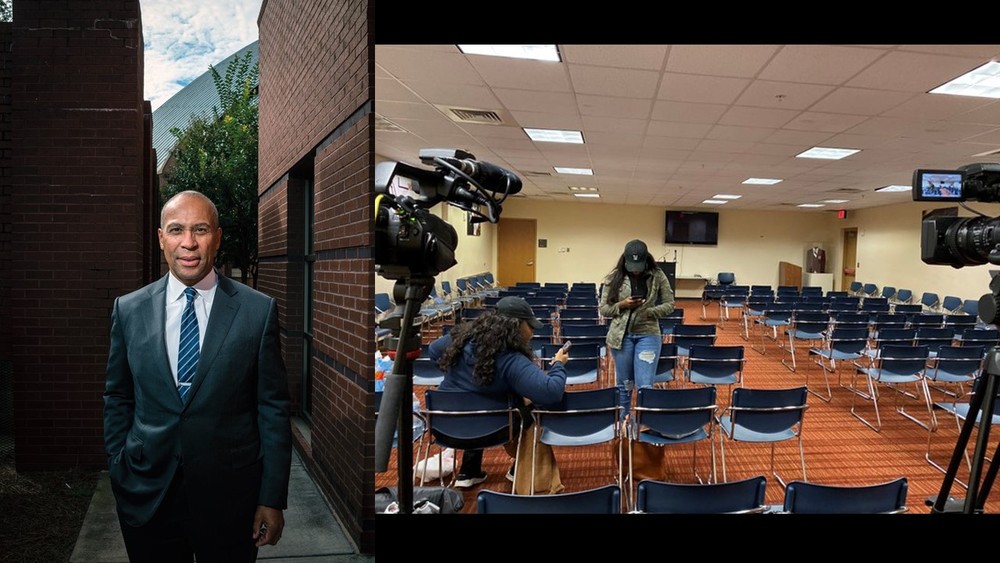 BREAKING NEWS – Atlanta, Georgia – A campaign event for former Massachusetts Gov. Deval Patrick, who launched a late Democratic presidential bid last week, was canceled when reportedly only two people showed up, with one of them coming in to ask for directions to a local restaurant. Patrick was scheduled to speak at Morehouse College in Atlanta, a historically black men’s college located not far from the site of Wednesday night’s Democratic presidential debate. However, he did not view it as an embarrassment, but rather as a victory. “I am am very impressed and encouraged by what happened,” he began at press conference. “The absence of people at Morehouse College confirms that thousands of people wanted to be there, but they remained at home to avoid being crushed in a stampede or clambering trying to hear me speak. I plan on using a much larger facility in the near future, so when no shows up there either, that’ll be a confirmation that my support has grown.”