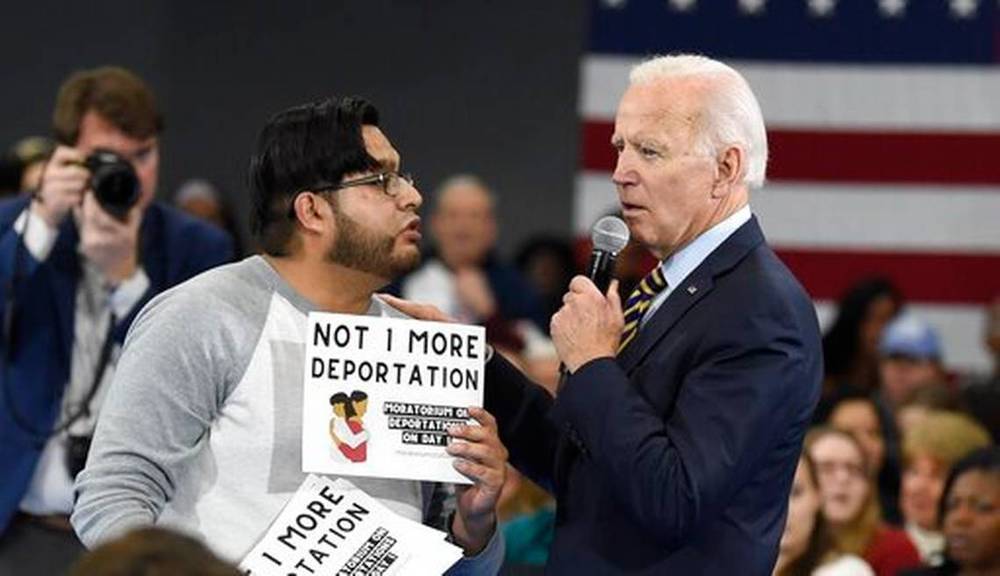 BREAKING NEWS – Greenville, South Carolina – A seemingly frustrated Joe Biden advised a protester to “vote for Trump” after being confronted about the Obama administration’s record on deportations.

It happened at a South Carolina town hall event for the former vice president, before about 800 people at Lander University in Greenville.

Biden seemed to lose his cool when Carlos Rojas, an immigration activist with a group called Cosecha Movement, pointed out that more illegal immigrants were deported during Obama’s first two years as president than during Trump’s.

“In 2008 I was a volunteer for Obama because I had hope and I believed in the promises to the immigrant community,” Rojas said. “The fact is that over those eight years there were three million people who were deported and separated from their families.”

CNN moderator Don Lemon asked Biden: “In the first two years of the Obama administration nearly 800,000 immigrants were deported, far more than during President Trump’s first two years. Would the higher deportation rates resume if you were president?”

“Absolutely not,” Biden responded.  “I’m tired of being bullied by minorities. Obama for eight years and now this guy?

“Uh…, uh, I just meant Hispanics and blacks,” stammered Biden. “Not gay men like you. Uh… uh… uh, you people are cool with me. Uh… uh, you guys dress well, and your apartments are always tastefully decorated.”