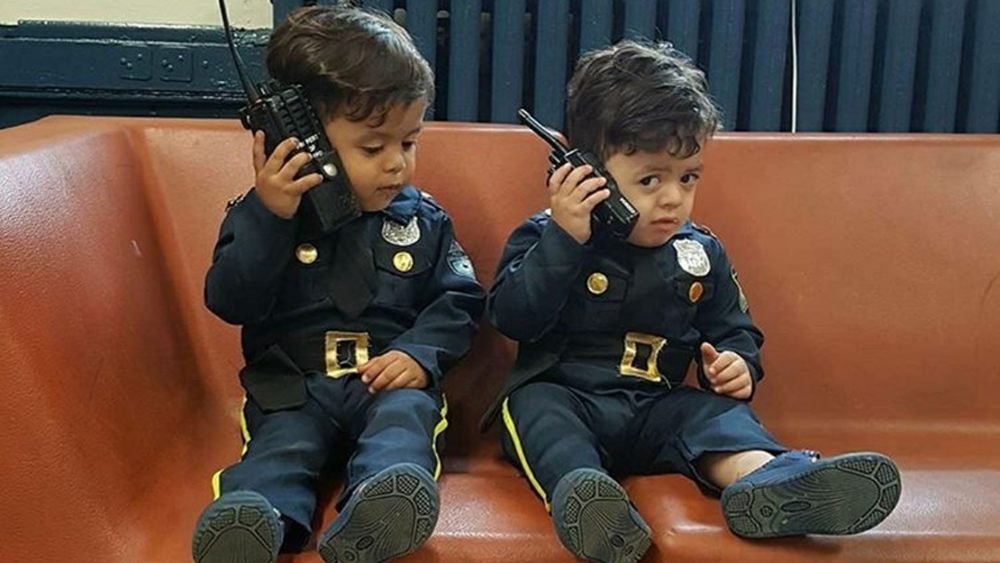 BREAKING NEWS – New York City, New York – With their crisp white shirts, pressed trousers, and proper collar brass, 5-year-old twins Aaron and Evan Rolon know exactly which of their heroes to dress as: NYPD lieutenants. The “Twin Squad,” as these little officers are called, have traveled to police precincts around the country showing law enforcement their appreciation while building a following on their social media accounts. Unfortunately, both boys were recently arrested and charged with corruption, after being accused of shaking down students at pre-schools to get their snacks, and for randomly stopping kids on the streets, demanding that they give them their parent’s wallets or they would have their tricycles impounded.