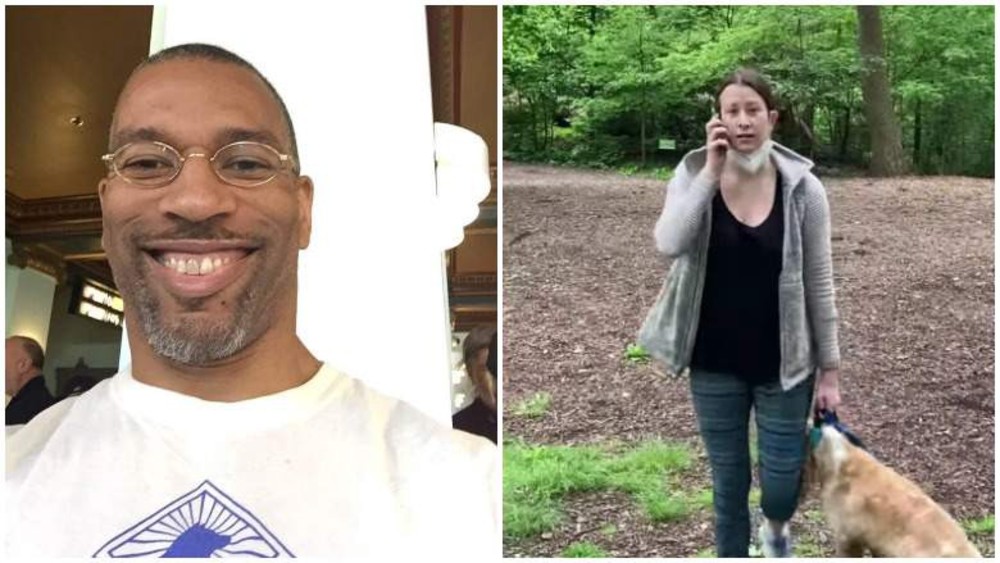 BREAKING NEWS – New York City, New York – A white woman who went viral after calling the cops on a black man in Central Park, has been fired from the investment company that employed her.

The woman in the video walking her dog was identified in reports as Amy Cooper. A screenshot of her LinkedIn account that was shared on Twitter identified her as the head of insurance investment solutions at Franklin Templeton.

“We take these matters very seriously, and we do not condone racism of any kind,” read a statement from Franklin Templeton.

“I sincerely and humbly apologize to everyone, especially to that man, his family,” she said in a phone interview with NBC New York. “It was unacceptable and I humbly and fully apologize to everyone who’s seen that video, everyone that’s been offended… everyone who thinks of me in a lower light and I understand why they do.” But after she realized that she was going to lose her cushy job, she flip-flopped. “It’s all that black guys fault!” she exclaimed. “He was obviously jealous of my success, because he knows that all white women have good jobs! And why was a black man telling me about leash laws that were written by Caucasians? What does he know about it! And the reason why I aggressively approached him after I said he was threatening my life, is because I was willing to die as a martyr to show all fair-skinned women that minorities should never question us on anything. I also believe this same black man broke into my apartment last year, and stole some of my historic relics, including my framed picture of John Wlikes Booth, and hundreds of dollars in confederate money!”